What You Need to Know About WoW’s Latest Event: Beasts of Prodigum 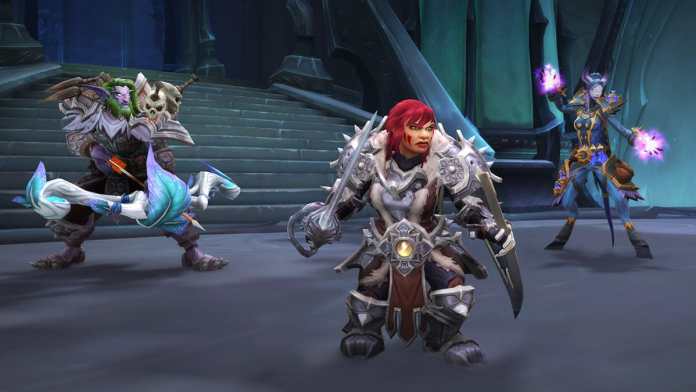 Tucked away in The Maw, Torghast has been slowly opening up to players thanks to the Shadowlands expansion. The dreaded tower is now famous as a site used for scavenging WoW Gold and WoW items. There are many wings in Torghast that you can start your run in, each giving you a playthrough that’s different compared to other wings. As you venture through the halls in the Tower of the Damned, you’ll battle monsters with escalating strengths.

Thanks to the new expansion, it looks like there’s a new event brewing. We are, of course, talking about the Beasts of Prodigum event, the first-ever shindig that you can join in the Shadowlands expansion. So just what can you do in the Beasts of Prodigum and how does it improve your experience in the endless tower? We’ll be scrutinizing all of that and more as we delve deep into what can you do, what you’ll get, and how you can be a part of the event!

Getting to Know Torghast

It’s hard to miss Torghast as it’s this huge, lone tower in The Maw. Once you go inside, however, you might need some help navigating the place. Upon entering Torghast, you’ll be immediately greeted by the lobby of the dungeon. If this is your first time entering, then we recommend that you take the first week and head on to the left to go through a portal. When you enter the portal, you’ll be able to pick your choice of whether you’d want to do a solo run or team up with others to get through a level. You can also choose a level that you want to do a run for during this time. At each end of the level, you’ll be able to get all of the rewards for that certain level only. But should you manage to finish a run of a more difficult level, then you’ll earn additional rewards such as WoW items and WoW Gold on top of the usual rewards that you get in lower levels.

The Use of Anima Powers

In the Beasts of Prodigum event, you get to use Anima Powers should you choose to do so. Anima Powers are basically new fangled abilities that you can use to summon a companion to fight alongside you during your time in Torghast, hence the “beast” part in “Beasts of Prodigum”. From there, the dungeon will be dropping powers that are related to the beast that you chose for it to become stronger throughout your run. Solo running a dungeon, especially Torghast, has always been a difficult task–namely for the Rogues and Mages. But since we now have Anima Powers, these beasties of The Maw are a huge help for clearing enemies. If you’re thinking about switching your pet out, you can do so after your dungeon run has finished. So you’re not just stuck with the one that you originally chose, making each playthrough different for every beast that you try out.

There are three available beasts that you can partner up with until the Beasts of Prodigum event ends. Here’s a rundown of who they are and what skills and abilities make them special:

Horgul, also known as the Hound of Darkness, might be familiar to you if you’ve been to Argus. This beast is the perfect meat shield if you’re in a class that excels in single DPS targets. Horgul can taunt his enemies and will attract the attraction of all the enemies while you dish out the damage to eliminate them. One of Horgul’s abilities, Leaping Maul, is particularly useful since it can stun a target for six seconds.

Valioc is a particularly unique beast compared to the rest on this list. The beast is able to do AoE stuns all the while silencing enemies, making them incapable of using spells and such. The move is called Soul-Devouring Howl and is casted automatically by Valioc every 15 seconds.

If you’re looking for a support to back you up, then Nal’tari is the perfect choice. By using Empowering Power, you’ll receive a 30% haste boost that can last for 12 seconds. This ability is casted by Nal’tari every 45 seconds. While Nal’tari isn’t especially good at attacking, the beast more than makes up for it by giving out buffs to players that want to become a bigger threat to their enemies.

Which Beast Should You Choose?

It all boils down to what fits your needs the most. If you want someone to tank all the enemy’s attacks, the Horgul is your guy. Nal’tari on the other hand, is capable of supporting by giving out buffs. Last but not the least, Valioc’s Soul-Devouring Howl is the way to go if you’re doing a run in a level that you know has a lot of enemies where the AoE stuns will be extremely useful. No beast is better than the other. At the end of the day, it’s all about matching each beast to what you’re looking for. Torghast is huge, and getting through all of the levels is no easy task despite getting lots of WoW Gold and WoW items from it. What’s your favorite beast of the bunch? Let us know who by leaving a comment below!