Jose Mourinho is already fed up with Gareth Bale 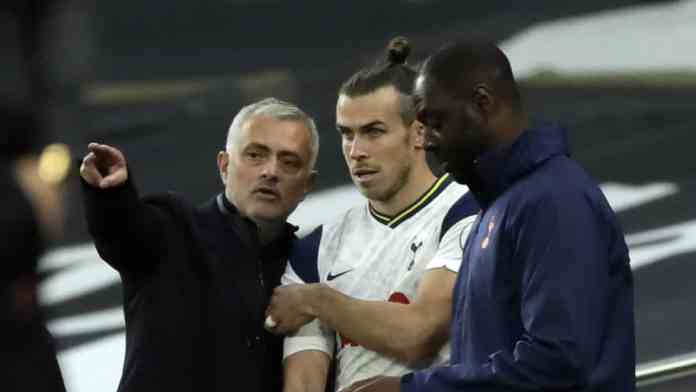 After losing Zinedine Zidane’s faith at Real Madrid, Gareth Bale moved to Tottenham Hotspur last summer on loan. But as per some reports, Tottenham Hotspur’s manager Jose Mourinho is also fed up with the Welshman.

Gareth Bale returned to his former club after 7 years. In the first 5 months of his spell, he has made only 12 appearances for the London side. Out of that only 4 in the Premier League. But his performance is not close to the expectation.

In a recent video by Spurs TV, it is heard that Mourinho was saying to Gareth Bale, “You want to stay here? Or go to Real Madrid and play no football?”

It clearly shows Mourinho’s concern for the Welshman. The Portuguese manager was not a fan of Gareth Bale’s return to the club as he had enough wide players in his team. Bale’s poor performance made it too annoying for Mourinho.

After the last game against Sheffield United Mourinho praised Tanguy Ndombele, who scored a superb third goal at Bramall Lane and also send an indirect message to Gareth Bale. Tottenham won the game by 3-1. After the game, Mourinho said, “I have enough experience to say when a player is not playing very well, it is his responsibility.”

“When a player turns things around and brings his performances to a very high level it is also his responsibility. It is a great example that the door is open.”

“When a player is not playing he has to understand why – and has to try to understand how he can walk through that door even after a difficult period.”

“I give special credit to Tanguy for his will to train hard and his desire to win and earn a place in the team.”

Gareth Bale needs to find his form back as soon as possible or it will be very tough for him to get the playing time in the recent future.