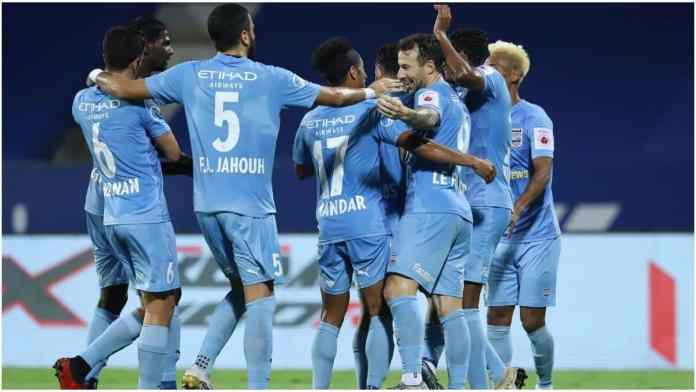 Mumbai City FC is currently the table-toppers of the 2020-21 ISL table by winning 8 of their 10 matches still now. It seems that they are the favourite contenders for clinching the title this season of the Indian Super League.

The Islanders won the League Winners’ Shield under Alexandre Guimarães, but, since 2017, not many football fanatics have given a chance to Mumbai City FC to be one of the contenders for the Indian Super League.

During the 2019-20 season, Mumbai City FC under Jorge Costa came close to making it to the playoffs but a 5-2 loss to FC Goa at the Fatorda ended their hopes for joining the final race to bag the title.

The Islanders took it to a real deal and have shown some excellent, impressive and most importantly consistent performances so far. With such a great start, their new recruit, Sergio Lobera’s appointment as the head coach of the team increased their chances and hopes of winning the title.

With Lobera’s entry to the team, he began to recruit his old and core squad from the stomping grounds of FC Goa with Hugo Boumous, Ahmed Jahouh, and Mourtada Fall arriving at the Mumbai City FC. The most important shift that took place was of Mandar Rao Dessai, the former captain of FC Goa, and also the youngster Amey Ranawade arrived from the Gaurs after him. However, there is still a need for someone like Coro with a lethal instinct in the front line to create attacks and opportunities.

Sergio Lobera is popular for his attacking system, therefore, it helped massively to him that several attackers from FC Goa arrived in the team after him. With Bartholomew Ogbeche and Adam le Fondre combining well and making a rock-solid pair, the attacking unit seems to be more strong.

The youngsters in the team, like, Mohammed Rakip is displaying excellent performance. Also, very interestingly, Hugo Boumous and Bipin Singh are currently on the top of the chart for assists this season, Adam le Fondre is there when it comes to scoring goals with five for the season, and lastly, Amrinder Singh, standing at the goal post like a wall has three clean sheets so far. All these stats show how lethal the team is and what the team can do with their magnificent strategy.

However, despite Mumbai City FC being on top of the table for almost half of the season, it’s a difficult task to predict the winner.

Hugo Boumous banned for 4 games: Does it really make a difference?