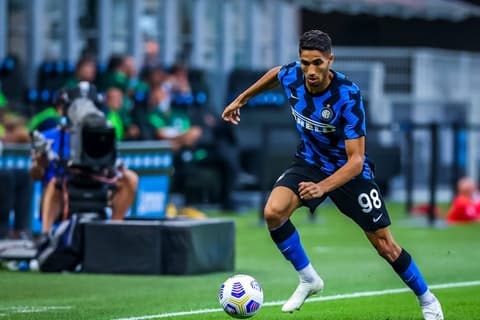 Inter Milan completed the signing of one Achraf Hakimi from Real Madrid for a fee worth £36 million. However, the Nerazzurri have reportedly failed to submit an instalment worth £9 million for the wing-back.

As reported by the Daily Mail, the payment was due last month, and the Serie A club has managed to reach an agreement with Real Madrid to hold off the payment till March of this year. But, despite being given an extension, Inter will have to cough up two instalments by March 30th.

Hakimi joined Antonio Conte’s team under the nose of many potential suitors and is enjoying a brilliant first campaign with the Italian coach at the helm. The 22-year-old has managed to score 6 goals in Serie A alone and has provided 5 assists across all competitions.

The absence of supporters in the stands for football games has completely changed the way that things take place on the pitch, almost negating the home advantage for clubs playing in their own stadia.

But, more importantly, the financial side of things has taken an enormous hit due to matchday revenue being compromised. Clubs are reporting losses worth millions with every passing matchday, and things aren’t getting any easier with the second wave of the coronavirus forcing upon us another spell of lockdown.