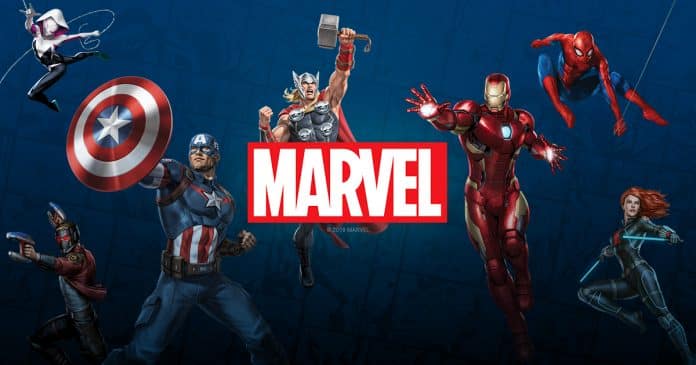 Even though it’s the season to be jolly, Epic Games isn’t that single-minded when it comes to the skins it will put in the Fortnite Item Shop. Then again, Christmas is a great time for kids of all ages to geek out because the cash just keeps on flowing. In line with this, three Marvel heroes and other iconic characters from nerdy franchises are gracing Fortnite’s skins section!

Hail to the King

Called the Marvel Royalty and Warriors Pack, this includes three Marvel heroes. Two have recently achieved the same recognition as the likes of Iron Man, Captain America, and Thor because of their inclusion in the Marvel Cinematic Universe. As for the last one, he’s included in the upcoming Black Widow movie. Unfortunately, that got cancelled due to the pandemic, so his claim to mainstream fame has to wait. Nevertheless, he’s rather popular among comic readers, and his MCU appearance has long been anticipated.

The first of the three that we’ll be bringing up would be the King of Wakanda, no other Black Panther himself. Last season, there was a huge statue of T’Challa on the map, and players were able to get a Black Panther superpower in the game. But despite all of those things and last season being a largely Marvel-themed one, a Black Panther skin wasn’t added in the Fortnite item shop. The most likely reason for this would be Chadwick Boseman’s passing.

To give respect to the now-legendary actor behind the iconic role, Epic must have decided to hold off the release of the skin at a later time, which is this current season. Aside from the patterns on the suit, what sets the Fortnite skin apart from the Marvel Cinematic Universe iteration would be the fact that it has a cool-looking and kingly cape that has a popped-up high collar.

Marvel at the Captain

The other prominent Marvel hero–or rather, heroine–that will be making her move from the MCU to Fortnite would be Carol Danvers, or more popularly known as Captain Marvel.

Despite much controversy and flak from a lot of fans because of the marketing and the portrayal of the immensely powerful Avenger, Captain Marvel was a certified hit at the box office. However, she didn’t have as much of a legacy as other Phase 3 stars like Black Panther, Doctor Strange, and Ant-Man. In fact, either due to backlash or the fear of it, she didn’t have much time in the limelight in Endgame.

Thankfully, she is getting the credit she deserves here in Fortnite. Unlike her MCU version, she sports a longer and more feminine golden locks, and has a red sarong on her waist. These simple changes make the skin a lot more dynamic whenever your character is in motion.

The last of the three would be the well-known Marvel bounty hunter Taskmaster. Wearing either a skull print or mask, a cape with a cowl, and wields a sword and shield, he is a dangerous all-around go-getter. He may not have special powers, but his prowess in close-quarters combat and proficiency in weapons, traps, and tools make him a threat even to those that have either superpowers or advanced tech.

This isn’t Taskmaster’s first appearance in the gaming scene. However, there is a world of difference between Marvel vs Capcom 3 and Fortnite, so his appearance in the latter is just as noteworthy and worthy of the hype.

On a semi-related note, Taskmaster isn’t the only bounty hunter-slash-warrior that is getting a skin in Fortnite for this season. In fact, lots of big geek names that fit such a description will have skins in their likeness this season, as well as a few original characters from Epic Games.

If you’re getting a Battle Pass this season, you’ll be able to get your hands on The Mandalorian, from the namesake Star Wars spinoff. He even has Baby Yoda flying by his side. And with this season is all about bounty hunters, you’ll also be able to assume the role of original bounty hunters. From the gladiator menace to the anime-esque cyborg girl Lexa, there are six of them that you can get your hands on–if you play right!

On the other hand, if you’re looking for equally fierce warriors that have their own franchises, you’d be pleased to know that we have Master Chief, Michonne, and Daryl Dixon from The Walking Dead, as well as Kratos from the God of War series. And before anything else, we’d like to confirm that yes, you can make the burly, fatherly, and strong son of Zeus dance to the tune of BTS’s Dynamite. Need we say more?

‘Tis the season to get bounties, so deck the maps with all sorts of Fortnite Weapons and structures and get yourself these cool and geeky skins. Have fun at Fortnite Battle Royale!

“The Eternals”: All We Need to Know about Marvel’s new superhero film