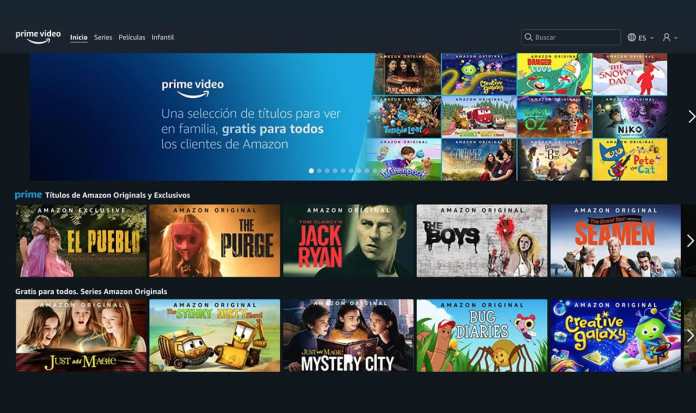 Amazon Prime Video is an awesome and fantastic OTT platform in the online video market. In the year 2020, we have passed a terrible pandemic situation. In these circumstances, we can’t go anywhere outside of our home. We have faced many struggles and difficulties in our earlier life.

The enjoyment of our life almost had faded away, but the OTT platforms have taken a step to give us the taste of the theatre inside our home. Now we have entered the year 2021. There is a huge collection of stuff in Amazon Prime Video.

Here is a list of upcoming web series on Amazon Prime Video in 2021:

It is a series based on two friends. One friend Jessy found spectacles that permit her to watch a world of colorful characters with her best friend named Nessy and a purple sea Monster.

It is an adult animated funny series in the Star Trek universe, which gets the support crew of one of the less important Starfleet ships.

It is an incredible series with a lot of action. The plot of this series is based on the terror attacks that took place in Mumbai on November 26, 2008. It was the most infamous terror attack, the focus is shifting between the Cama hospital and other locations.

After the awesome season 1 series, the season 2 series has come to release. The most amazing actor Manoj Bajpayee has performed the lead role in this series. This is a story of a middle-class man who works in a government job and simultaneously, also he is a spy for the National Intelligence Agency. This series depicts the double life of a man.

This series has taken on the superhero category in the Prime Video. In this series heroes are not squeaky clean paragons of virtue. After the great response of the season series, season 2 is set to return in 2021.

It is an Incredible action series. Author Tom Clancy depicts a recurring character in books. Jack Ryan who is a former US Marine became an intelligence agent with a talent for entwined in terrorist plots.

It is an anthology series. This plot of this series is from the New York Times column of the same name. In every episode, it depicts a story of consecutive relationships. It also shows the different multitude of love including romantic, familial, platonic, sexual, and also self-love.

It is a crime thriller series. In this series, a Los Angeles detective Harry Bosch investigates to solve the murder of a teen boy when standing trial to kill a serial murderer.

It is a fantasy book series. This series is adapted from Robert Jordan’s highly influential and famous fantasy book named Wheel Of Time. If you are a Game of Thrones fan then definitely you will prefer this series too.

It is an adult animated superhero series. Robert Kirkman, the creator of the Walking Dead has created this series. If you are a The Boys fan then this series is definitely or you.

It is an incredible Indian series. In this series a wedding organization that is catering to the upper class gives an offer to live in the Delhi Elite, there some dark truth has revealed. After the first season, we are eagerly waiting for the second one.