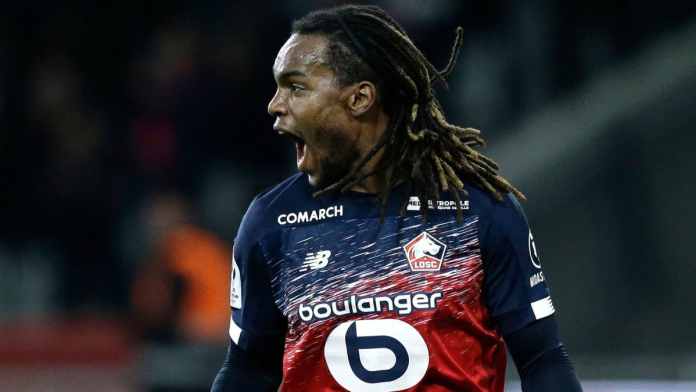 Renato Sanches has been strongly linked with a move to reigning Premier League champions Liverpool. The Lille player is rumoured as a possible replacement for Gini Wijnaldum, who is believed to be on his way out of Liverpool.

Speaking on a possible deal for the 2016 Golden Boy Award Winner, Fabrizio Romano and Francesco Porzio said on the Here We Go podcast that any possible deal for the midfielder would have to wait till the summer since the Merseyside club does not want to do business in the January transfer window.

Gini Wijnaldum’s contract expires at the end of this season. The Dutch international has been rumoured to be reunited with his former Netherlands coach Ronald Koeman at Barcelona, alongside Memphis Depay of Lyon.

There has been no word regarding a possible agreement between the two parties for an extension of the contract, and as of now, Wijnaldum could be on his way out of the club.

Sanches is an exciting player in the eyes of the Liverpool scouts and has slowly turned around his form at Ligue 1 club Lyon after falling from grace following a shocking spell at Bayern Munich.

A bid around the range of €18-20 million has been rumoured to be in the works for the young midfielder, and should the Reds manage to sign the player, it would be another outstanding piece of business following the likes of Thiago Alcantara and Diogo Jota.