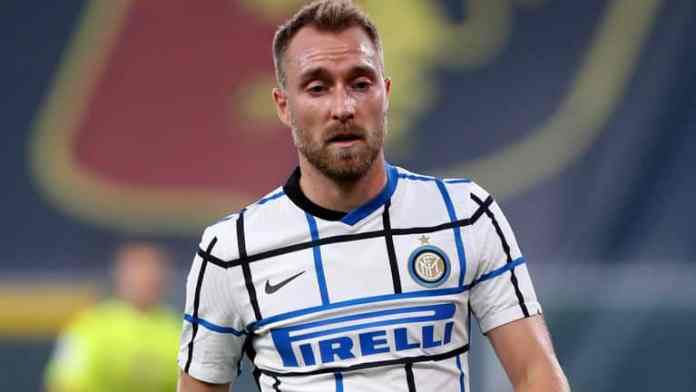 Despite being publicly transfer-listed by Inter Milan CEO Guiseppe Marotta, the Nerazzurri have not yet managed to get rid of the Dane, with no bids arriving for Christian Eriksen. The player’s future was discussed by the journalistic duo of Fabrizio Romano and Francesco Porzio on the Here We Go podcast on Patreon.

According to the transfer insiders, Eriksen has to stay at the club until a suitable bid arrives for him. Having joined the club only a year ago, for a cut-price fee worth €27 million, the player has not managed to replicate his form at Tottenham under Antonio Conte.

The 28-year-old recently played in Inter’s Coppa Italia clash against Fiorentina that was decided in extra time, and Eriksen played the entire 120 minutes. He was played as regista by the manager, in contrast to his natural role as a classic attacking midfielder.

There are rumours that Jose Mourinho would like to try Eriksen at Tottenham once again but for an €8 million salary after taxes, the London club really can’t afford it at the time.

Arsenal were recently linked with Eriksen, but have declined to have made any move for the Inter player to bring him back to London.

For the time being, Eriksen has a contract at Inter for three more years, till the summer of 2024, and one can only assume that given the player’s talent, something will change in Conte’s stance against the player in the not-so-distant future should no suitors place a bid.