Barcelona vs Athletic Club: Lineup and how to watch the Spanish Super Cup final live in India? 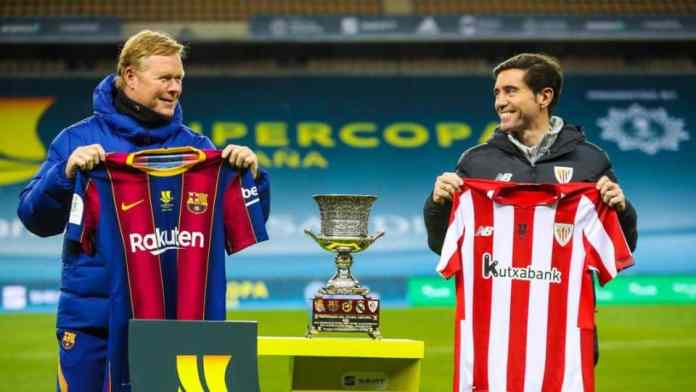 Athletic Club has been the surprise package of this tournament. They have eliminated Real Madrid in the semi-finals and hope to continue their stunning form into the finals.

Barcelona are also slowly finding their form back and would feel that the final is up for grabs to win as Real Madrid, their strongest opponent has already been eliminated.

When is the Barcelona vs Athletic Club Spanish Super Cup final?

The Spanish Super Cup final match between Barcelona and Athletic Club will be played on 18th January 2020.

The match will be played at Estadio de La Cartuja, Seville, Spain.

Unfortunately, no TV channels will broadcast the match live in India. In other countries, it will be available. ESPN 2 (USA), Canal+ Sport 5 (Nigeria), #Vamos (Spain). Check out the other countries.

There will be no live streaming of the Barcelona vs Athletic Club Spanish Super Cup final match in India. However, it will be live-streamed on Fubo TV in the USA.