POCO M3 confirmed to launch in Indonesia on January 21 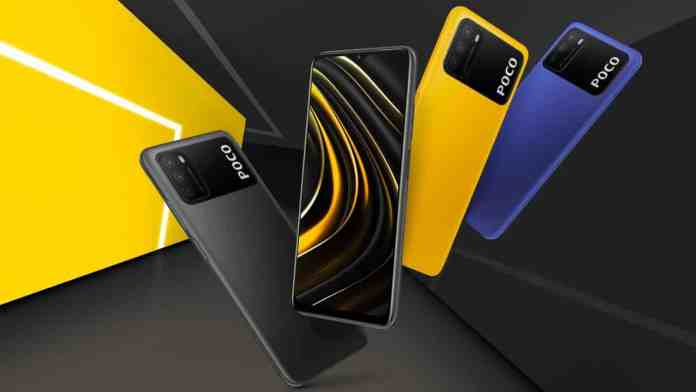 Whenever we hear about any smartphone launch from Poco, the first thing that comes to our minds is “again a rebranded Redmi”. Yes, that’s the thing that has been going on in terms of Poco devices.

Talking about the Poco M3, the company had launched it in Europe a couple of days ago as a rebranded version of the Redmi Note9 4G that launched in China in November. Apart from the design and cameras, all the other specs are similar between them.

The main confusion begins when the Redmi 9 Power has been launched in India as a tweaked version of the same Redmi Note9 4G. Now, Poco has officially confirmed via a tweet that they are going to launch the Poco M3 for the Indonesian market on January 21.

As of now, we had no confusion as we already know that the Indonesian Poco M3 will be the rebranded Redmi Note9 4G. But, recently, some leaked videos said that the upcoming Poco M3 could be a rebranded version of the Redmi 9T, but we’ve no confirmation about it.

To be an audience of the launch event, you have to keep your eyes open at 19:30 WIB(Western Indonesian Time – UTC+7) on January 21. Poco has revealed a poster image, showing the Poco M3 in Yellow Color in the Faux Leather Finish on the rear.

The Poco M3 runs the MIUI 12 which is based on the Android 10 OS (the latest Android 11 OS update will be there soon) and is powered by an octa-core Qualcomm Snapdragon 662 (11nm) SoC chipset. Regarding the display, this phone features a 6.53-inch FHD+ IPS LCD with a standard refresh rate of 60Hz. This phone is available in three different color finishes: Power Black, Cool Blue, and Flashy POCO Yellow.

The SD 662 SoC of this phone is paired with 4GB RAM and 64GB/128GB internal storage. Regarding the camera section, the Poco M3 offers a triple rear camera setup which includes a 48MP primary sensor, a 2MP f/2.4 dedicated macro, and a 2MP f/2.4 depth sensor. For the selfies, this phone has an 8MP selfie snapper at the front inside the waterdrop notch. This phone has a side-mounted fingerprint scanner, stereo speakers, and an IR blaster as well.

Also Read: DOOGEE X95 Pro is all set for a global launch on 15 January

In terms of the battery, the Poco M3 offers a massive battery backup of 6,000mAH with 18W fast charging support. Moreover, this phone supports reverse charging at 18W of charging speed with the correct cable.