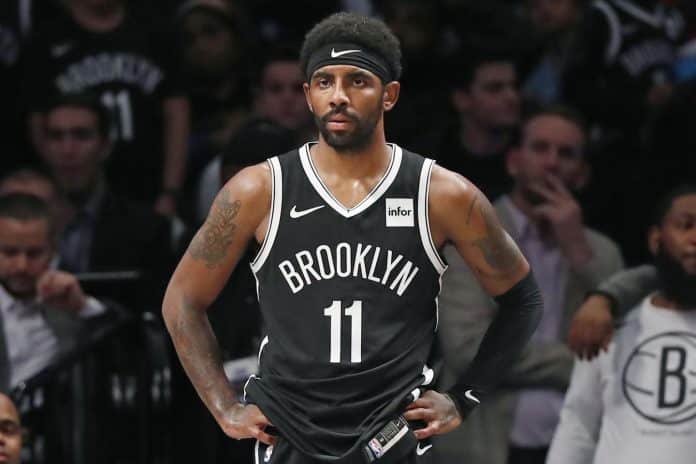 Brooklyn Nets’ All-Star point guard Kyrie Irving has been fined $50,000 by the league. The NBA fined him for violating NBA’s health and safety protocols.
A video had surfaced, in which Irving was attending a crowded gathering indoors. Apart from the $50,000 fine, Irving will also be forfeiting the salary for the games he missed while being in quarantine following his return to the Nets. Kyrie Irving has missed two games due to being in quarantine. Thus he will lose almost a million dollars ($870,000).

In a statement, the NBA stated that” Brooklyn Nets guard Kyrie Irving has been fined $50,000 for violating the league’s Health and Safety Protocols, which among other things prohibit attending indoor social gatherings of 15 or more people or entering bars, lounges, clubs or similar establishments, it was announced today by Byron Spruell, President, League Operations.”

Irving has been missing the last 5 games as he was not with the team due to undisclosed “personal reasons”. Irving is averaging 27.1 points, 6.1 assists and 5.3 rebounds, and 1.6 steals in 33 minutes of playing time per game.

Kyrie Irving will be eligible to return to the court against the Orlando Magic on Saturday as long as he continues to test negative for the COVID-19.
Coincidentally, Saturday is also the day when Brooklyn Nets’ new acquisition, All-Star and Former MVP James Harden, will be eligible to play his first match as a Nets player after being traded from the Houston Rockets. If all goes well, we’ll get to see the new big three of Irving, Harden and Kevin Durant on the court together against Orlando.