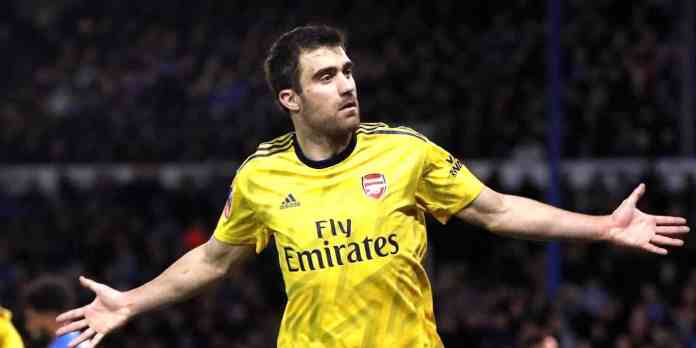 According to Fabrizio Romano and Francesco Porzio on the Here We Go podcast on Patreon, reigning Premier League Champions Liverpool have been offered the chance to sign Arsenal’s Sokratis Papastathopoulos.

The Greek center-back is not a part of the long-term project at Arsenal and currently finds himself out of the playing squad in Mikel Arteta’s team. Hence, the London club is keen to get the former Borussia Dortmund man off their books to free up space for new players to emerge.

Romano and Porzio confirmed the Sokratis had been offered to Liverpool, but also maintained that the Merseyside club was unsure whether or not to pursue the player. One of the reasons in favor of going for the player would be their injury crisis that has effectively ruled out Virgil Van Dijk and Joe Gomez for the majority of the ongoing season.

However, considering that the player can’t break into the starting XI at Arsenal, it would be rather surprising to see him being given a chance by Liverpool, who maintain such high standards for all their players.

Spain is one of the rumored destinations for Sokratis, with Real Betis reportedly interested in pursuing the center-back. Moreover, the Italian club Genoa is also trying to sign the player. Spain is a priority for Sokratis, and it looks likely that the 32-year-old will feature in LaLiga next season, or possibly in the next few weeks itself.