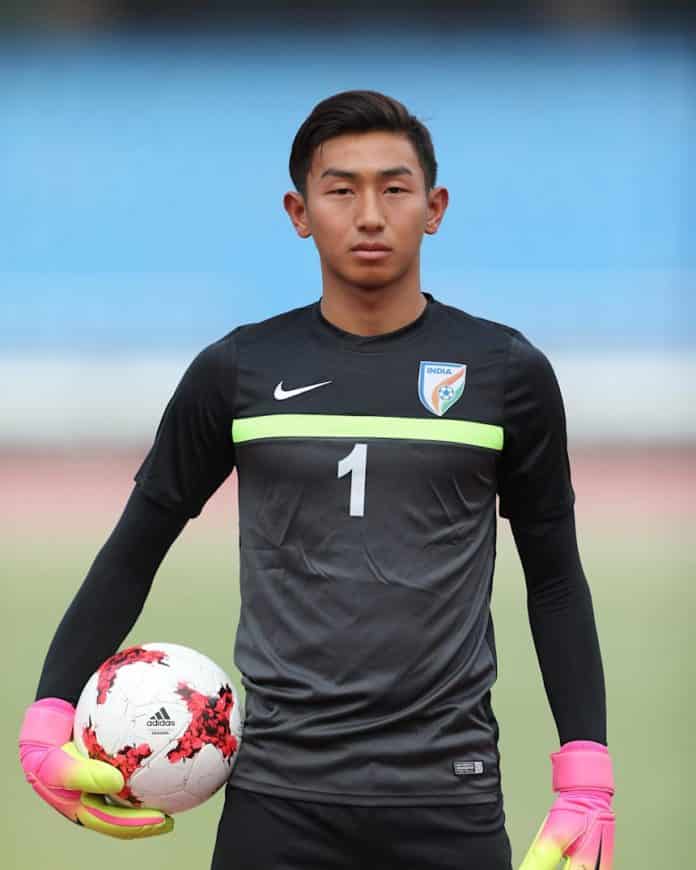 FC Goa signs ATKMB and the former India U-17 World Cup Goalkeeper Dheeraj Singh Moirangthem till the summer of 2024.

This news was confirmed by the Kolkata giants, ATKMB on Thursday and also FC Goa took to their Twitter handle to welcome the prodigy to their club. It also must be noted that FC Goa’s current goalkeeper Mohammed Nawaz’s contract is about end very soon.

“I am very happy to be part of FC Goa. The club plays a beautiful brand of football, and the fans are amazing here in Goa. I am looking forward to wearing the colours and representing the people,” Dheeraj said.

“When Goa came with the offer and I heard their plans for me, I was excited and I feel I can really grow in this club. I am still in the learning stage and know I can get better with every season.”

The youngster had represented India at the 2017 FIFA  U-17 World Cup, held in India and grabbed the spotlight with his impressive performance. Even Prime Minister Narendra Modi, while sharing a picture with the youngster in a tweet on November post the big event in a meet and greet with the team in 2017, said: “Many teams fail to score against India because of the formidable presence of Dheeraj Singh Moirangthem. He has played 50 matches for India.”

Dheeraj is a product of Chandigarh Academy, and a part of the AIFF Elite academy came through the ranks of the All India Football Federation’s developmental team Indian Arrows.

Dheeraj made his Indian Super League in 2018 debut with Kerala Blasters FC and made 13 appearances with them. In 2020, he signed for ATKMB but didn’t get to play much.

Dheeraj was called up by the national head coach Igor Stimac for the FIFA World Cup qualifiers against Afghanistan and Oman in 2019.