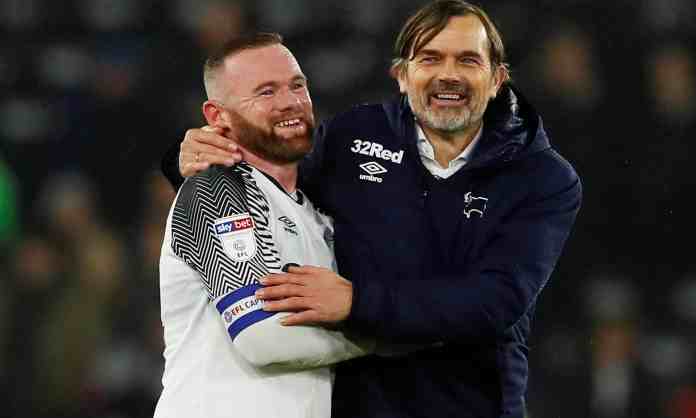 After almost two decades of stealing the spotlight on the football pitch, England legend Wayne Rooney has officially confirmed his retirement from the sport. The former Manchester United legend is now set to take up a permanent managerial role at Derby County, the club he last played for, and later served as a player-coach.

“Standing on the touchline during a game or when you put a plan in place, which the players execute, it’s a completely different buzz,” he said. “It’s a new chapter for me. Of course I’ll miss playing but time doesn’t suffer no man. I’ve had my time, it’s time for the younger generation to have theirs and for me to try and guide the young players to be better players.”

“The last couple of months have helped break that [retirement] in and it’s given me time to sit down and think about that,” he said. “My future is in management. I’ve had a great career, enjoyed every minute, some ups, some downs, but I wouldn’t change anything I’ve done in my career as a player. Hopefully, I can start to write some history and have a successful managerial career.”

Rooney scored 253 goals for Manchester United during an illustrious career that saw him win almost every major trophy available. To this day, he remains the top goalscorer for the Red Devils across all eras. He enjoyed two spells with Everton, and a move to DC United before returning to England to join Derby.

Derby County is supposed to complete a takeover by Sheikh Khaled worth £60 million that will see the financial situation at the club possibly improve, with staff still waiting to receive their wages for December. “It’s better to take time and make sure it’s done right and hopefully it will get done as soon as possible,” Rooney said, saying he had spoken to the new owners.