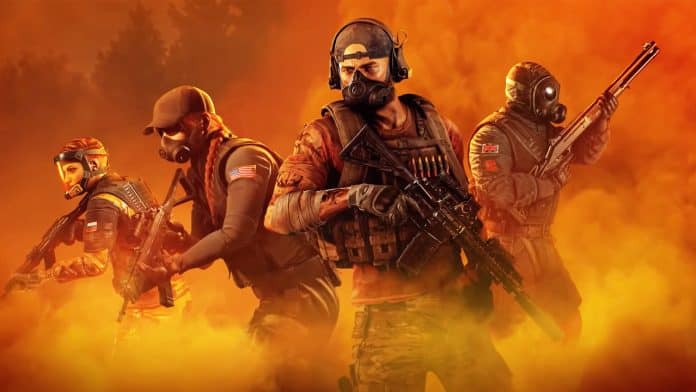 After the Ghost Recon Breakpoint’s launch, the game has received a constant flow of content updates and patches, but still, it hasn’t quite rebounded like few other Ubisoft games. It’s true that Breakpoint has gained fans, but the number is much bigger on the side of Ghost Recon Wildlands. Now it seems that Ubisoft wants to integrate a popular game to help Breakpoint out.

The upcoming live event of Ghost Recon Breakpoint, Operation Amber Sky, will crossover with Rainbow Six Siege. Ash, Finka, and Thatcher are going to join your squad as they travel through into new gas-filled areas. Below, there is a trailer of Operation Amber Sky.

As per the Ubisoft news page, here are some details regarding Operation Amber Sky:

“Operation Amber Sky unfolds across nine new, free missions in which the Ghosts and Rainbow investigate a deadly new gas manufactured by Sentinel. And after completing the first mission, players will be able to deploy Ash, Thatcher, and Finka as an alternative to their regular AI teammates at any time.”

“The event also introduces a new survival mechanic in the form of gas-filled areas, which require a gasmask and replace the filters regularly in order to stay alive. Operation Amber Sky also adds more than 120 new customization items to Ghost Recon Breakpoint (including full Rainbow Six Siege skins), and players who complete all the event missions will unlock 11 unique rewards, including new weapons and skins.”

Ghost Recon Breakpoint will also be available for a free weekend from January 21 to January 24. The game is available for Xbox One, PS4, PC, and Stadia. For Xbox Series X|S and PS5, it can be played with next-gen enhancements via backward compatibility support.