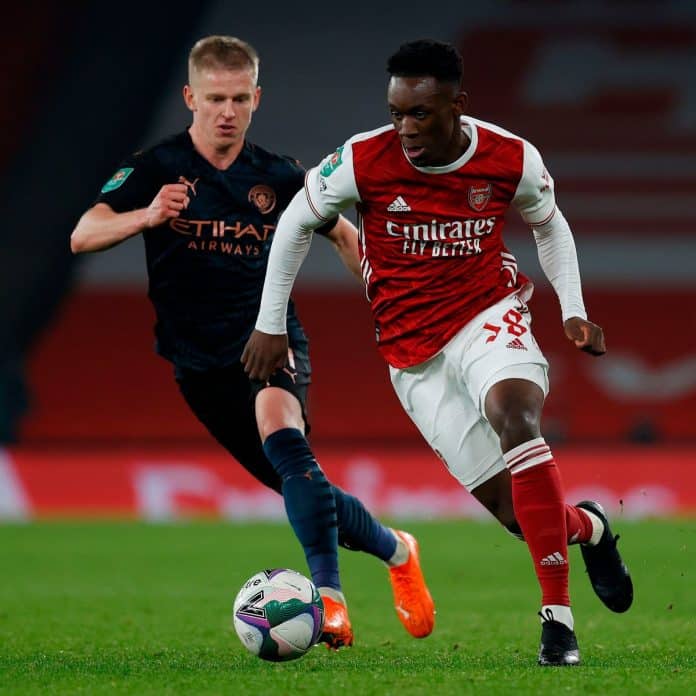 Arsenal U23 striker Folarin Balogun is attracting interest from various clubs, as the youngster is reportedly looking to move away from London in order to get more first team opportunities.

The 19-year-old came through the ranks at the Arsenal academy, and currently features for their B team in Premier League 2. He is a regular starter, and also captains the U23 team. Making 10 appearances this season, he has managed to find the back of the net 4 goals and provide a couple of assists.

Speaking on the player’s future on the Here We Go podcast on Patreon, Fabrizio Romano and Francesco Porzio said that Balogun’s agents were looking to get a move away from the club in search of more first team opportunities for their client.

While Balogun is very highly rated at the club, he has only made four appearances for the club in the Europa League, playing 60 minutes of football in total. Even in an hour’s worth of time on the pitch, the teenager has managed to score two goals and provide an assist for Mikel Arteta’s team.

As indicated by Romano, the player wants to stay at the club, but the club has received about 15-20 bids from clubs. So many quality strikers like Lacazette and Aubameyang have made it hard for playing time to come by for the American born.

The player is still willing to wait and see what Arsenal are planning to do on the pitch. All that said, should nothing improve, it is imperative that the player would push to leave the club in search of more playing time.