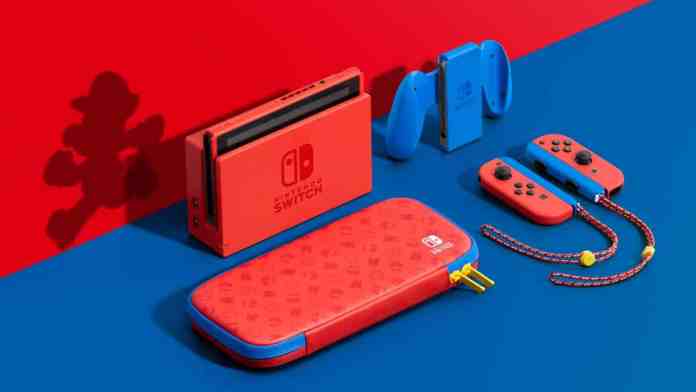 It has been heard that the new upcoming hardware manufactured by Nintendo has been coming with the mention of the codename “Aula” which can represent a Switch 4K, Switch Pro, or even a next-generation switch 2 console. It has introduced the Switch Mario Red & Blue console Edition amidst the speculation circus.

You can’t neglect the fact that there is a huge amount of interest in a potential Nintendo Switch Pro. The practically mythical has been proven fake from recently leaked information; other details shared online come from the most trusted resources. The data minor has been supplying the information found in code has revealed the name for possible future Nintendo hardware: Aula. However, there is huge speculation about what the Nintendo Aula be.

Some believe that it will be working on the current Switch console named Switch 4K. There is a lot of proof that 4K is the Nintendo direction it is taking regarding the lovely game device, with the 4K enabling chip situated in the dock than the console itself. There will also be a 4K UHD multimedia SoC from Realtek would be included. It depicts that in the future, Nintendo will be working on something like this.

Nintendo will be going beyond just a 4K Switch with “Aula” and that a new console is launching in the shape of either a Switch Pro or Switch 2. The IntelGamng has compares this potential appropriately as envisaging the devices as less PS4 to PS$ Pro and PS4 to PS5 in the means of the generational conflicts. This notifies that 4K may be onboard as well as an OLED screen for the Nintendo next-gen console. The new SoC “Mariko” has present in Aula, which suggests again just a revision of hardware than a new entire console.

It has announced a new main official console with the Mario Red & Blue Edition, which will available on sale on Feb 12 for US$299.99. The device is designed with the familiar colors of the world’s famous Italian plumber have the dock and console in red, a Joy-Con blue grip, and The Joy-Con controllers that mixing up the red on the accessories and blue on the wrist straps. It is a little bit different than the Nintendo Switch Pro or Switches 4K. It is still preferred by the hardcore fans of the mustachioed game character.

Why you should definitely watch Lupin on Netflix?