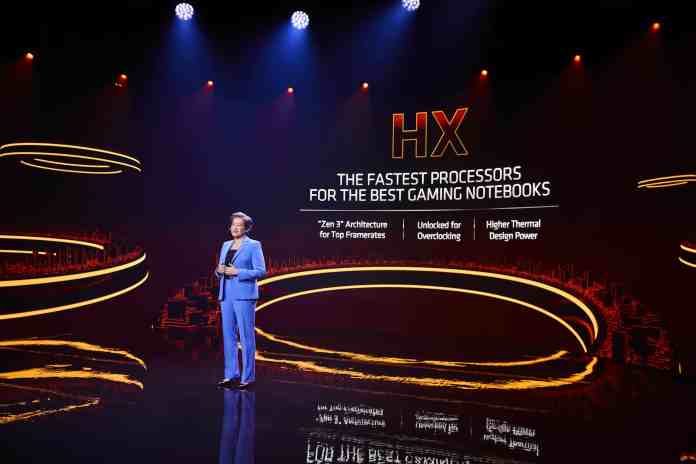 It’s official, AMD has launched the world’s first overclockable Ryzen 5000HX mobile processors based on its new Zen 3 architecture. This brings extraordinary mobile gaming performance to laptops with higher single-core boost and the support to overclock it as well.

Essentially the new mobile gaming processors from AMD are fantastic as they all feature the new Zen 3 cores at the heart and come with blazing fast clock speeds. It will be interesting to see if these new mobile processors will be able to boost at sustained high clock speeds across all cores like their desktop counterparts.

AMD has indeed expanded its gaming processor lineup and announced a lot of them:

Topping out the mobile processor offering, the HX Series processors provide gamers and creators with elite-level performance while HS processors bring the power of H-Series in thinner and lighter form factors.

As leaked previously, AMD Ryzen 9 5980HX will be the flagship out of the lot featuring 8 cores and 16 threads, with a 3.3 GHz base clock and up to 4.8 GHz boost frequencies. It is the first time AMD has reached such high clock speeds and being unlocked you can further push the processor.

AMD has also showcased the performance of its flagship Ryzen 9 5980HX against Core i9-10980HK and its mind-blowing. The graphs show Intel is nowhere near the absolute best single-core and multi-core performance which AMD is offering.

Talking more about the Ryzen 9 5980HS, AMD has promised single-threaded and multi-threaded performance out of it. AMD has even compared the 35W TDP chip to Intel’s top-of-the-line CPUs like Core i9-10980HK and the new AMD CPU comfortably beats it drawing less power.

Its good to see AMD has kept both AMD Ryzen 7 5800H & HS and AMD Ryzen 5 5600H & HS processors which also have Zen 3 cores that gives significant improvements over last-gen.

The world’s top notebook OEMs, including Asus, HP, and Lenovo, will all bring AMD Ryzen 5000 systems to market starting in February, with more than 150 systems expected to launch this year. Announcements have already started of these laptops do keep an eye here to get to know all of them!