Nio unveils its sedan ET7 with a solid-state battery option 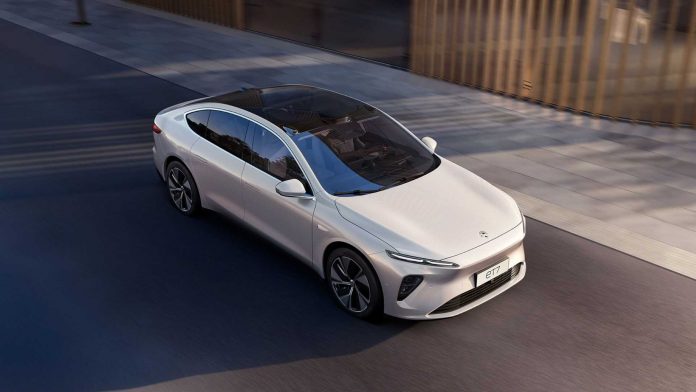 Electric Vehicle startup Nio, is one of the largest EV suppliers in China and has now unveiled its new electric sedan called the ET7. The manufacturer promised the new car to have autonomous capabilities and a solid-state battery.

The above-mentioned model will be the basic version of the sedan. The company also plans to sell a “premiere edition” of the ET7. It will come with a larger battery pack for 526,000 yuan (roughly $81,000).

The EV is fitted with more cutting-edge autonomous capabilities and comes with a 12.8-inch OLED display. The display pops out from the dashboard center and is powered by the newest automotive-rated version of Qualcomm’s Snapdragon processor.

Behind the wheel, we get a digital instrument cluster, and Nio’s little ball-shaped AI robot, Nomi, is perched on top of the dashboard. The sedan is powered by a 180kW electric motor up front and a 300 kW motor in the rear. The total horsepower of the EV is more than 600 HP.

Nio also promised that the battery will be further improved and is currently developing a solid-state battery pack that it says can push the range over 1,000 kilometers or about 621 miles. The new battery pack will be available in late 2022 and will be compatible with the company’s three existing EVs.