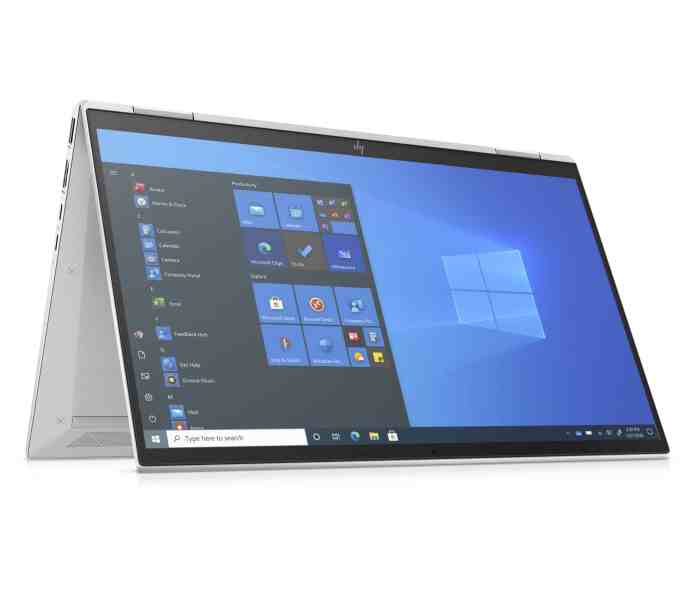 Both of them can be configured with up to 32GB of RAM, solid storage of 2TB, 4K screens, and a 78Wh battery. HP will announce its price and other details in January 2021, when its launch is finalized.

Its various models are tailor-made for almost every kind of use case, whether it’s for on-the-go professionals as it has a dedicated SIM card slot or for home use. Both the laptops have identical specifications, except only for the screen size.

The HP EliteBook x360 1040 G8 doesn’t have any OLED-powered variants. Both the notebooks come with touch-enabled panels and are also protected with a layer of Corning Gorilla Glass 5. It may double up as a tablet for its 360-degree design, but the HP Rechargeable Active Pen G3 has to be purchased separately.

As mentioned before, the HP EliteBook x360 1030 G8 and HP EliteBook x360 1040 G8 are powered by 11th-generation Intel Tiger Lake CPUs and can be configured with Intel Core i5 and Core i7 processors. HP will reveal the exact models’ details at a later point, may during its launch which is scheduled in January 2021. Also, there is no dedicated graphics card, users have to work with the integrated Intel Iris Xe GPU.

Both notebooks have 78Wh 4-cell battery powers with an amazing option to lessen that to a 54Wh unit. HP also said that the battery can be charged to 50% in half an hour for its in-house fast charging technology.

Other features that both the notebooks-HP EliteBook x360 1030 G8 and HP EliteBook x360 1040 G8 includes are four speakers, four microphones, which two of them are far-field mics, an IR-enabled webcam for the Windows Hello functionality, a privacy shutter for the inbuilt webcam, Wi-Fi 6, and Bluetooth 5.0.