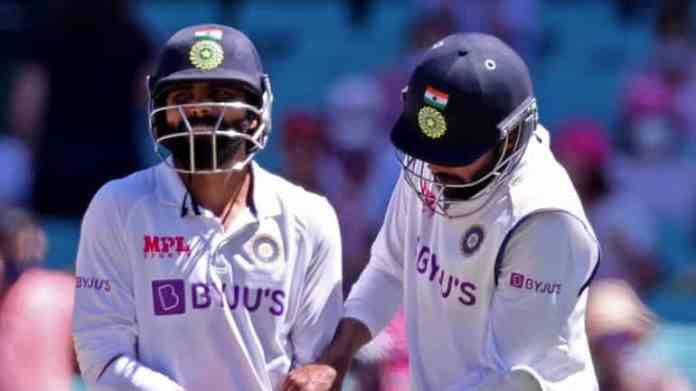 Ravindra Jadeja also joined the ever-growing injury list of Team India as the chances of retaining the Border-Gavaskar trophy looks very little against the aggressive Australian side as, today while batting he picked up a thumb fracture which was understood after the scans.

According to certain media reports, it has emerged suggesting that Ravindra Jadeja has been ruled out for the rest of the series of the Border-Gavaskar trophy with a dislocated thumb. If this news proves to be true, then team India will be in a serious problem as Jadeja has excellent contribution with the bat, ball and on the field too for the team, being an all-rounder totally justifies it.

Many statements were in the air after Jadeja’s injury, many eminent sports journalist wrote, amongst them, Boria Majumdar, the eminent sports journalist, took to Twitter to announce the bad news. He wrote, “In what is a huge blow for India there is a dislocation in @imjadeja s left thumb and it can also be a fracture. Final reports awaited. Very very damaging this for India with Jadeja not available to the team.”

“Ravindra Jadeja has suffered a dislocation and fracture on his left thumb. It will be very difficult for him to wear those gloves and bat,” a senior BCCI official told PTI on Saturday (January 9). “In any case, he will be out of action for at least two to three weeks which rules him out of the final Test. Pant will be able to bat as his injury isn’t that serious.”

Ravindra Jadeja’s injury is a huge concern for the team as his all-round contributions will be missed which may cause trouble to the team to fight against an impressive Australian team. Apart from this, India’s already injured squad has no perfect replacement available for an all-rounder. India would therefore be forced to play an extra batsman or a bowler, maybe the team can field Kuldeep Yadav as a specialist spinner.

On this tour, India has already missed Rohit Sharma, Ishant Sharma, Mohammed Shami, Umesh Yadav, and KL Rahul to injuries at different stages, some in the T2O, some in the ODI and some in the Test, and captain Virat Kohli, who is in paternity leave also missed out the last two Tests. Jadeja before this suffered a concussion and a hamstring injury during the 1st T20I at Canberra, which kept him out of action until the Boxing Day Test in Melbourne.