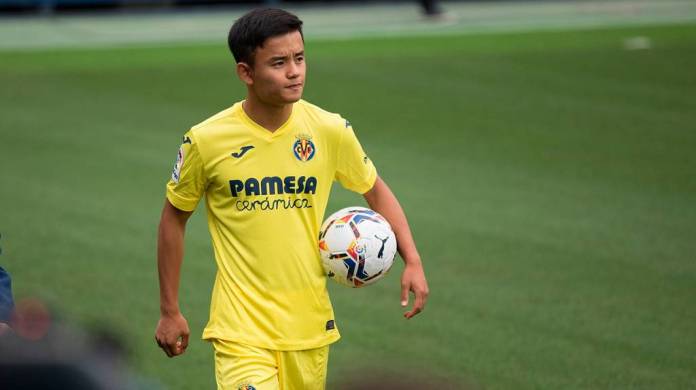 Takefusa Kubo’s loan deal with Villareal has been cut short by parent club Real Madrid, and the Japanese wonderkid has been immediately loaned out to fellow La Liga club Getafe, where he will spend the rest of the season.

The original agreement was for Kubo to spend the entirety of the 20/21 campaign with Villareal. However, Madrid were unhappy with the amount of playing time that the youngster was getting under Unai Emery, and so was the player himself. Here is what Emery had to say regarding Kubo:

“I asked Kubo if he wanted to stay or leave and he told me that he is looking for a way out.

“Take’s behaviour is good, he has helped us and he must continue to grow as a player, however, he told me he wants to leave in order to find more minutes elsewhere and that’s why he wasn’t in the matchday squad today.”

Kubo’s appearances for the Yellow Submarine have been very limited, with the majority of them coming off the bench. The 19-year-old spent the 19/20 season with RCD Mallorca, scoring 4 goals across over 30 appearances for the club, who ended up getting relegated into the second division.

Kubo becomes the second prolific youngster to join Getafe on loan, with Barcelona’s Carles Alena having joined the club on loan only a few days ago.