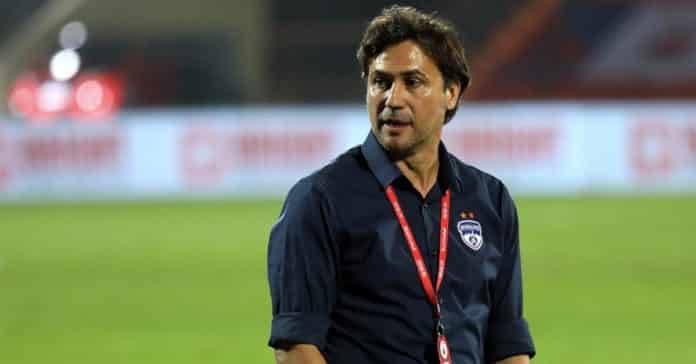 After four and a half years with Bengaluru FC, head coach Carles Cuadrat was relieved of his duties by the club on Wednesday. The Spaniard spent two years as the assistant to former Bengaluru coach Albert Roca, and two and a half as the man in charge of the dugout himself before parting ways.

Here is what the club had to say in their official press release regarding the sacking of their head coach in the middle of the season:

“We feel the club needs to head in a new direction – one where the ethos and philosophy of Bengaluru FC begins reflecting again. While we enjoyed success with Carles in the past, we felt there was a departure from the philosophy that we hold true this season.”

Bengaluru find themselves in sixth place after 9 games played this season, scoring and conceding 12 goals in the process. The main reason behind the departure of the Catalonian coach is being reported as the disappointing performances from the team in recent weeks, despite managing to pick up points.

The club’s last three matches saw them suffer three consecutive losses to ATK Mohun Bagan, Jamshedpur FC and Mumbai City FC, and that was the straw that broke the camel’s back for the Karnataka club.

In a recent survey by Transfermarkt, Cuadrat was revealed to have the highest points to game ratio, with 1.78 points per game, in 41 games in charge of Bengaluru before the beginning of season 7.

Many fans are skeptical of the club’s decision to sack the manager after a rough patch, and this recent revelation will only add to the confusion and wondering of what could have been.

Bengaluru will now be managed by Naushad Moosa for the time being, who has been part of the coaching team for over four years, and was an assistant to Cuadrat.

Share
Facebook
Twitter
Pinterest
WhatsApp
Linkedin
Previous articleManchester United to let go of Argentinian pair; Odion Ighalo’s loan deal expires at the end of January
Next articleIPL GC gives a deadline till 21st January to the franchises for submitting the list of retained and released players