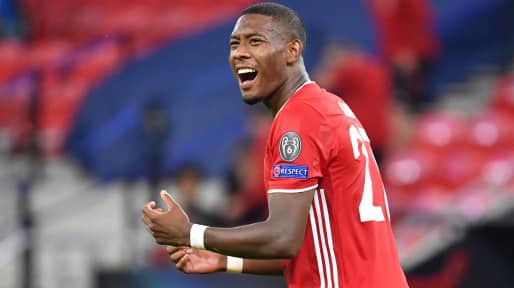 Having under six months remaining on his current contract, David Alaba is now officially allowed to negotiate with other clubs regarding a potential move in the summer for free. However, just because a player can be signed as a free agent does not mean that there are minimal expenses involved. But, more on that later.

Real Madrid are the frontrunners in the race to sign the defender, with Liverpool close behind. Both clubs are in contact with the player’s agent, as revealed by Fabrizio Romano on the Here We Go podcast on Patreon, and are interested in signing him as a free agent.

The Austrian dreams of playing for Los Blancos, which makes the reigning La Liga champions the more preferred destination for Alaba. However, though the negotiations are still on between the two parties, nothing concrete has been achieved yet.

At 28, Alaba is at the peak of his abilities as a footballer, and considering that he is one of the best in the world, it only makes sense that he will demand a hefty wage.

€12 million plus add ons is the wage demand that is being reported by the Italian transfer guru, and commission for his agent, along with a sign-on fee is also in the talks. This is one of the reasons why signing a free agent can often be just as expensive, with the money going to the player, rather than another club.

Many other clubs are interested in signing Alaba given that he will be available for “free” in the summer, but not all can match the humongous wage demands of the versatile defender.