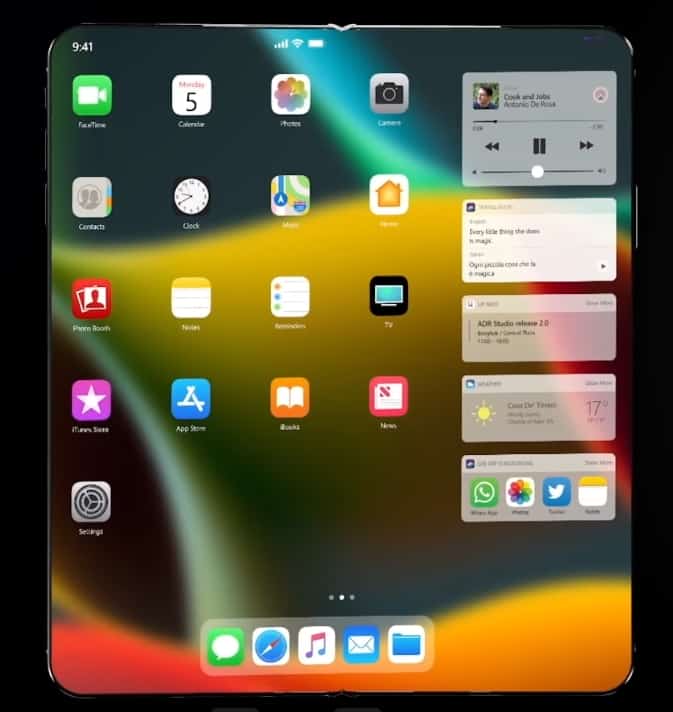 For the past couple of months, news has been roaming out in the market that Apple may launch its first foldable iPhone in 2022. It is not the first time we are hearing such kind of news. Earlier, we also got a similar kind of news regarding the foldable segment of Apple. But, Apple has not confirmed anything yet as it is currently working on the foldable technology. As per reports, the company is already getting iPhone testing samples from a Taiwanese factory.

Now, a recent report says that Apple has passed its two upcoming foldable iPhones through its durability test showing that both the variants look quite unique and the bending mechanism is quite similar to the Samsung’s Galaxy Z Fold or Z Flip. One of those Apple devices folds horizontally whereas the other one folds vertically. As of now, any of those is not fully functional as only the chassis and display components have been tested.

Apart from it, a couple of patent images has been leaked showing the expected mechanical designs of the upcoming foldable iPhones. The patent name is “Folding Electronic Devices With Geared Hinges.” This patent was filed by the iPhone-makers explaining the usabilities of advanced hinges and gears of a foldable device. Let’s how it will work.

The patent states that the “first and second portions of an electronic device housing for the [foldable] device may be joined using a hinge”. Additionally, the hinge is expected to contain “toothed members such as gears and a rack member” by which the user can fold the device in both directions.

As of now, Apple has not confirmed anything about the time in which it will launch its very-first foldable device. But it doesn’t look like it can make its entry in 2021, so we have to wait for another year, possibly in 2022, we might expect Apple to launch its first-ever foldable iPhone.