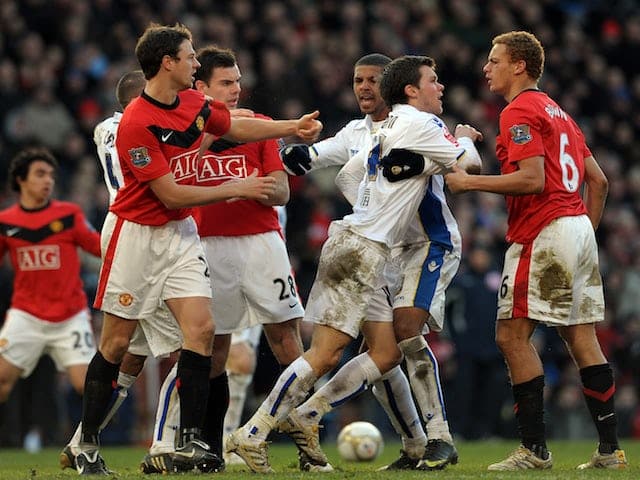 Up until their most recent meeting in the Premier League, it was a decade and a half before Manchester United and Leeds United last faced off on the pitch. Their bad-blood dates back many, many years and can also be attributed to reasons completely unrelated to football.

The rivalry can be traced back as far as the 15th century, in England during the War of the Roses. The Yorkshire club play in white, resembling the white rose, while Manchester United play in red to symbolise the red rose, coming out of Lancashire.

However, for those unwilling to accept that a football rivalry can be traced back five centuries, the Industrial Revolution can act as the beginning. In the 18th and 19th century, Manchester and Leeds were at loggerheads, with the former producing cotton goods and the latter, wool.

In the 1960s, Don Revie was appointed as the manager of Leeds and he spent an entire day at the Old Trafford learning management from the United manager, Matt Busby.

The two went at it almost every season before Leeds went down to the second division in the 1980s, but came back up again. Hostility dominated the fixture, with hooliganism predominant in the matches pitting the two clubs against each other.

Leeds were once the top dogs in the Premier League, but the rise of Alex Ferguson made it difficult for the Yorkshire club to keep up with their rivals. United have gotten the better of their rivals 48 times, while Leeds have managed to win the derby 27 times. The two teams have shared the spoils on 35 occasions.

Bobby Charlton holds the record for the most appearances in the Pennines Derby, as well as the highest number of goals scored with 9 in the fixture.