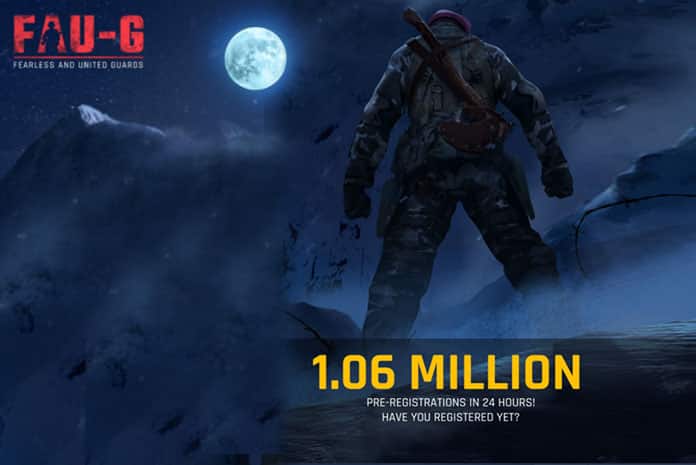 Yesterday nCore Games has revealed the launch date of the FAU-G: Fearless and United Guards game. It was mentioned by film-star Akshay Kumar last year and the CEO of nCore Games had also mentioned the in-progress work of the game at that time. In the meanwhile, PUBG got banned due to some security reasons in India, and this FAU-G game is speculated to be a potential rival of the most famous battle royal game PUBG Mobile.

If you look back, the first teaser of FAU-G had revealed on 25th October and after around 45 days the pre-registration link became active on app stores. Alongside, the best part of this game is, nCore games will donate 20% of its net revenue to the Bharat Ke Veer trust. Now the launch date has been revealed by the company on 26th January on India’s Republic Day.

Now, let’s talk about the game. From the very first look of the game teaser the first thing we noticed that the graphics is not so good, rather it looks medium. Comparing it with other leading battle royal games it seems a bit off-beat due to the character’s movement and the graphics as well. The game will be focused on the Himalayan cold and snowy region of Ladakh at the India-China border.

In the video, we saw enemies coming down from the helicopter using parachutes and when they landed they already had guns on their back. After landing they took the guns from the back and started shooting in that case Indian army also started shooting. The guns used mainly were AK-47 similar to AKM used in PUBG. As shown in a scene you can see four Indian soldiers were holding guns and shooting. This indicates that you can play in a 4-man squad.

We have also witnessed nails patted logs as weapons and severe one on one fights without any weapons between the Indian army and the enemy. From the video, we witnessed all the fighting skills that include using fists, legs, guns, and weapons.

We are expecting more weapons and fighting skills to be introduced in the final game. So we have to wait for the final release date of the game to witness the epic battle royal game.

Rishab Chakladar - February 22, 2021 0
E-sports are rapidly growing in India and as well as in abroad. From PUBG to VALORANT, all the gamers have been given the opportunity...