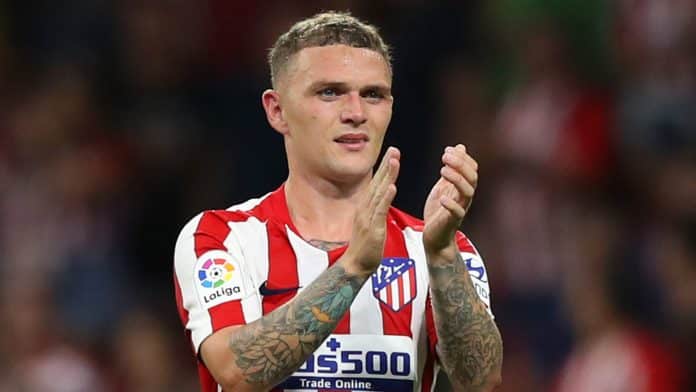 Atletico Madrid right-back Kieran Trippier was found guilty of unusual bets by FA. He was hit with a £70K fine and a 10-week ban from football following an investigation into unusual bets placed relating to his transfer from Tottenham to Atletico Madrid.

The La Liga side are currently at the top of the league. Trippier is an important part of the team. So they felt disappointed by that ruling as the England international was about to miss many matches.

So now FIFA have temporarily suspended the ban as further investigation will be going on regarding the matter. The offences occurred in July 2019, which is when Trippier joined Atletico from Tottenham Hotspur.

Fifa said the postponement was due to “the request for provisional measures lodged by Atletico Madrid”.

“Following the appeal and, specifically, the request for provisional measures lodged by the club Atletico Madrid, the Fifa Appeal Committee has approved to stay the extension of the suspension until the procedure is over before the committee,” a spokesperson for football’s world governing body Fifa added.

Trippier missed Atletico’s 1-0 victory over Getafe on Wednesday along with the 2-1 win over Alaves on Sunday. But after this ruling from FIFA, he will be allowed to play until the results of the further investigation come out.