FIFA 21 – Team Of The Year (TOTY): Everything you need to know about the event, release dates and predicted players 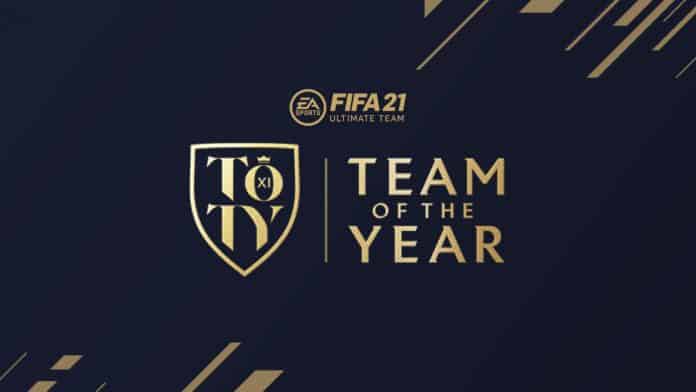 Team Of The Year (TOTY) is a yearly event on each FIFA versions. The TOTY event is targeted on the best players in the 12 months of a calendar year. So this year as well, EA Sports is coming up with the TOTY event on FIFA 21.

The TOTY event usually happens in January every year, so this year won’t be an exception as well. FIFA 21 is currently running a Headliners promo. These are the first special cards of the new year. It is expected to run for 2 weeks, 1-14 January.

So it can be expected that the TOTY event will start from 15th January. The Team Of The Year will feature the best XI taking into account the whole of 2020. FIFA have already announced the FIFA FIFPro World XI for 2020 at the Best FIFA Awards 2020. The majority of the players will remain the same but it is expected that there will be few changes as well.

Predicted Team Of The Year (TOTY) XI in FIFA 21

The 12th man will be up for votes to decide and in all probability, it will be between the PSG duo, Neymar and Mbappe.

The final TOTY XI will be released in batches during the event before the entire squad will be available in the final phase. All the 11 TOTY players will be only available in packs and can be bought and sold on the transfer market.