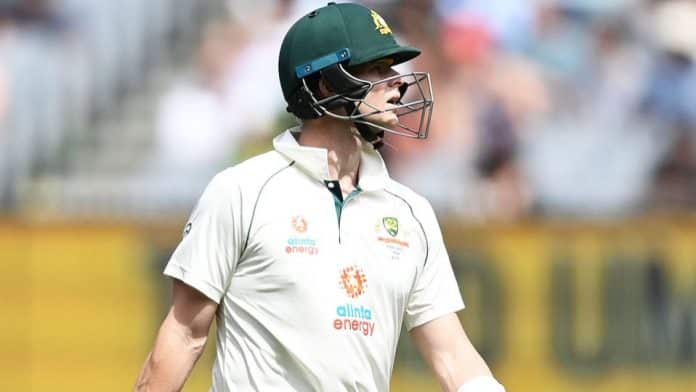 Team Australia faced an embarrassing defeat at the MCG against India, as they hit a 133-year-old low in the Test cricket.

India after that embarrassing 36-all out in the first Test of Border-Gavaskar series this week packed up Australia within 200 and tied the four-match series with 1-1 draw, after securing a decent victory at the Melbourne Cricket Ground, with no Australian batsman being able to make a half-century in the four-day contest.

The Aussies have recorded team totals of 191, 195, and 200 this season against India in the Border-Gavaskar trophy with only managing three 50+ partnerships in three innings with average runs per wicket (21.50), which is the lowest in any home summer, since way back in 1887/88.

Although Cameron Green and Pat Cummins managed to scrap a 69-run lead over India to help the team a bit. But the scorecard didn’t change much for the individuals after, as no player was able to score a half-century in either inning. Though it was only Marnus Labuschagne, who was Australia’s highest scorer this Test with 48 runs. The last time an Aussie player failed to make a half-century was in a home Test against the West Indies at the MCG in 1988/89.

“They’re the things we’re always talking about and trying to stay on top of, and making sure that when we come in, we are brave enough to take on those options when they arise.”

The absence of opening batsman David Warner is noticeable as the team’s run rate of 2.63 is the slowest of any Australian summer this century.

“Both teams have really struggled to get this scoreboard rattling along,” Australia’s assistant coach Andrew McDonald told reporters on Thursday.

He also added, “So for me, that’s good planning, good bowling execution, but also the surfaces have lent themselves to slower play. They left some grass on it, which allowed some movement and some swing.”

He further said, “There hasn’t been what we normally now assume to be flat, Australian conditions in the first two Test matches. I hope the surface in Sydney lends itself to having the ball at certain stages being able to dominate the bat. That makes for intriguing Test match cricket.”

Even due to this embarrassing low score, the Aussies had to face a lot of criticism. Even former captain, Ricky Ponting condemned Team Australia and said, “It’s been one of the reasons, I think, that they’ve eventually got themselves out, playing rash shots. They haven’t been able to tick the scoreboard over on a regular enough basis. Pressure builds. When pressure builds, bad shots come”.

He further added, “I talked about it in the first innings as well particularly with the way they played R. Ashwin. They weren’t proactive against him. Yes, it’s been good bowling, but sometimes against the best bowlers, you have to take more risks as a batsman. For the sheer fact, they’re not going to bowl bad balls.”

He also added, “The lesser skilled bowlers you can sit on all day because you know you’re going to one or two scoring opportunities an over, but Bumrah, Ashwin, Jadeja, even Siraj to a certain degree in this game, they don’t make many mistakes.
“They’ve actually forced the Australian batsman into making mistakes. When you’re just sitting there waiting for good bowlers to make mistakes, you’re basically a sitting duck”.

McDonald also commented upon David Warner, who might play in the third Test even if he’s not 100 percent fit.

He said, “Look, if he’s 90-95 per cent fit and the conversation is that he’s fit enough to be able to go out there and perform his duties for the team, then I’m sure that’ll be a conversation the coach has with the player”.

He also added, “Most times Justin (Langer) is pretty open with the players in terms of giving them accountability around that. We’ll get a good steer on that when he comes into camp for the training on the 2nd and 3rd”.

“Once we get our eyes on him and put him through some specific tests … I think the information will become clear. He’s very optimistic he should be ready to go, which is great news,” he further added.

The third Test between Australia and India is going to start from Thursday, January 7th at the Sydney Cricket Ground.