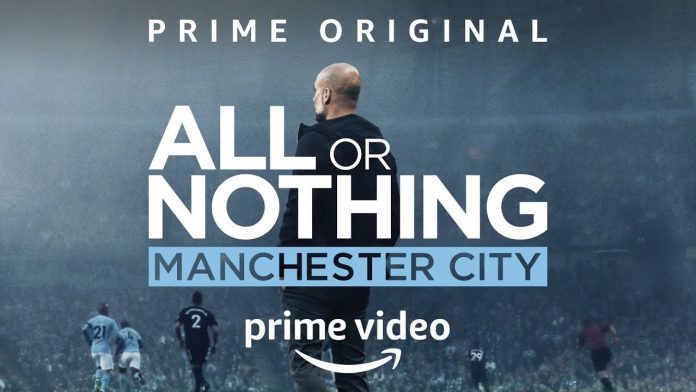 Fernando is a sports documentary which is based on Formula 1 world champion, and also Spain’s most successful sports stars, Fernando Alonso. This document will show his life on and off the racing track as he faces both ups and downs. It will show Alonso’s passion and dedication to competing at the highest level and also his extreme desire to win.

Andy Murray is one of the greatest tennis players in Britain. This documentary is based on the painful, long, and emotional journey of his career. It explores the darkest years of the Scotsman’s career and tells about his come back from his career-threatening injury.

8. All or Nothing: Arizona Cardinals

Amazon and NFL Films have presented a fantastic sports documentary that is based on the lives of coaches, players, and owners of a franchise. It explores the operations, practices, and competitions of teams and also the journey on the field, off the field, and the entire thing in between.

7. All or Nothing: Tottenham Hotspur

After Manchester City, Sunderland, Tottenham Hotspur has become the latest British football team among the clubs. All or nothing franchise has also access to the Tottenham dressing room, star players Dele Alli and Harry Kane, and the manager Jose Mourinho has created a mark in the history of football. It is one of the renowned football teams in the British football team.

6. All or Nothing: Manchester City

All or Nothing franchise got permission to a Premier League Football team’s dressing rooms. In this documentary, we will know about the inner workings of this global sports club. It is an amazing sports documentary where we know about the player’s lives off the pitch and also the legendary coach Pep Guardiola.

El Corazon de Sergio Ramos, a Real Madrid’s midfield magicians and an active forward in Spanish teams has some tremendous record in the last decade. This man has four La Liga Triumphs, four champions League victories, two European Championships, and a World Cup winner’s medal. Hope this documentary will be a remarkable series that creates a response in people.

This documentary is about the most controversial boxing stars Mike Tyson. He is a legendary boxer who own honest words. In this series we know about his rough childhood to entering into heavyweight boxing, it shows the struggle of the legendary boxer.

It is a fantastic documentary about all-time controversial player Zlatan Ibrahimovic. This documentary covers from his first debut at Malmo conflicts at Ajax and an eventual breakthrough at Juventus. Football fans should watch this ridiculous documentary.

It is an incredible documentary series, which explains the true spirit of this beautiful game and shows the magic of a sport that unites people. This series shows the role of football in rebuilding Rwanda after the genocide, Lionel Messi secret, and the spirit of Iceland’s football Vikings. This is Football is worth a watch for a football fan.

1. All or Nothing: Brazil National Team

It’s not easy to win the 2019 Copa America. From Neymar’s injury to a lack of fan morale it shows the mentality to cope in International football.

Also to watch out for:

Pink Panther (Son of the soil)

This sports documentary is produced by BBC Studios India, nowadays Kabaddi becomes more popular with the rise of the Pro Kabaddi League. This documentary series depicts the incredible journey of a pro kabaddi team named Jaipur Pink Panthers in the seventh season of the pro kabaddi league. This series also explores the struggle, passion, dedication, and hard work of the players to this indigenous sport across India.

This incredible sports documentary is based on English football’s ‘fallen giant’ Leeds United. It shows the strategy of the new owner Andrea Radrizzani who has bought a world-class coach, Marcelo Bielsa, to lead their team in a renowned position. This is one of the best dramatic seasons in club history.

This documentary is based on the life of the Liverpool legend Steven Gerrard. It also shows the ups and downs which he has faced in his entire career. It also explores the childhood of the Liverpool captain. His footballing is story is like a rise-to-fame fairytale. This documentary shows the number of ups of the player in the Anfield and also the number of downs in that ground.

Previous articleLast few hours to get JBL Club One Wireless headphone at Rs.8,999 instead of Rs.21,999
Next articleLG is currently working on its transparent OLED displays as ‘invisible’ bedroom TVs