Mi 10i teased to feature a ‘Brand New’ Camera Sensor, launch confirmed for January 5 in India 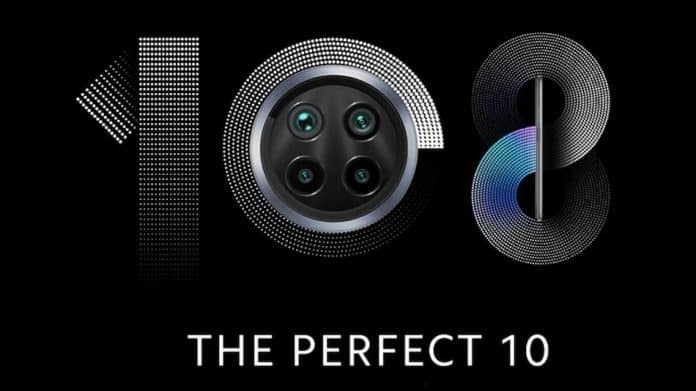 After the launch of the Mi 10 series with members Xiaomi Mi 10, Mi 10 Pro, Mi 10T, Mi 10T Pro, and Mi 10T Lite, Xiaomi is about to add a new member in it, named Xiaomi Mi 10i. Xiaomi is going to launch the Mi 10i smartphone for the Indian market and the date has been already confirmed, 5Th January 2021. Manu Kumar Jain, Xiaomi Global VP and Managing Director of the Indian division have also added that the upcoming Xiaomi Mi 10i will be an India-focused smartphone as it has been specially customized and designed for India.

Another report has come out regarding the Mi 10i is that it will feature a brand-new camera sensor. As of now, the company has not confirmed anything regarding the camera sensor. But, it is expected that the Mi 10i will sport the all-new Samsung HM2 108-megapixel lens as the primary camera. Apart from it, this upcoming device will be equipped with many other customizations especially for the users in India.

Now, let’s check out some of the rumored specifications of the device.

The Xiaomi Mi 10i is powered by the Qualcomm Snapdragon 750G chipset. Regarding the display, this phone features a 6.67-inch IPS LCD FHD panel, supported by a 120Hz refresh rate. This phone has a side-mounted fingerprint scanner.

The upcoming Mi 10i will be fueled by a 4,820mAH battery with 33W fast charging support. This phone is expected to arrive in the mentioned color variants: gradient orange/blue, black, and blue.

Previous articleLeBron James becomes the first player to score 10+ points in 1000 games straight
Next articleLast few hours to get JBL Club One Wireless headphone at Rs.8,999 instead of Rs.21,999

Xiaomi Mi 10i launched in India: Everything you need to know about the cheapest 5G phone of India

List of upcoming smartphone launches for December 2020 and January 2021

Redmi A1+ launched with a 5,000mAh battery, MediaTek Helio A22 and more