Xiaomi Mi 11 launched in China at CNY 3,999: Is this the most powerful smartphone ever? 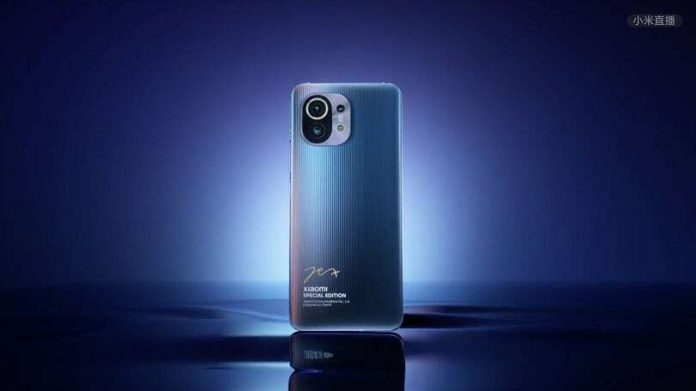 It’s here! The much talked Xiaomi Mi 11 has hit the Chinese market. People were eagerly waiting for this smartphone. Xiaomi Mi 11 is the newest flagship smartphone for Xiaomi which is run by the newly launched Qualcomm’s Snapdragon 888 SoC. This new chipset was launched by Qualcomm recently and since then it has been much talked about in the industry. Let’s see if this is the most powerful and most advanced smartphone ever or not. Here are the specifications of the smartphone and we are going to see if it can be the most powerful phone or not.

Talking about the camera, it has a triple rear camera setup that offers an amazing 108-megapixel sensor. The size of the pixels is 1.6 microns and has optical image stabilization (OIS) as well. It also houses a 13-megapixel secondary sensor and a 5-megapixel tertiary sensor. They come with an f/2.4 ultra-wide-angle lens and an f/2.4 macro lens respectively.

Xiaomi Mi 11 comes in multiple color variants with a curved display and a curved back. It has both glass (with AG coating) and leather (with metal nameplate) finishes. Harman Kardon’s logo can also be spotted near the speaker grille as the stereo speakers are backed by them. Coming to the battery, Mi 11 consists of a 4600mAh battery that supports Mi TurboCharge 55W wired and 50W wireless charging.

The customers can pre-order the smartphone from 10 pm CST Asia tonight. The sale of the device is planned from 1st January 2021. Xiaomi has remained tight-lipped on when the new flagship device can be ready for a global launch. When Xiaomi launches Mi 10 in China in 2020, its price was set at Rs 44,999. The same handset, when launched in India, was priced at Rs 49,999.