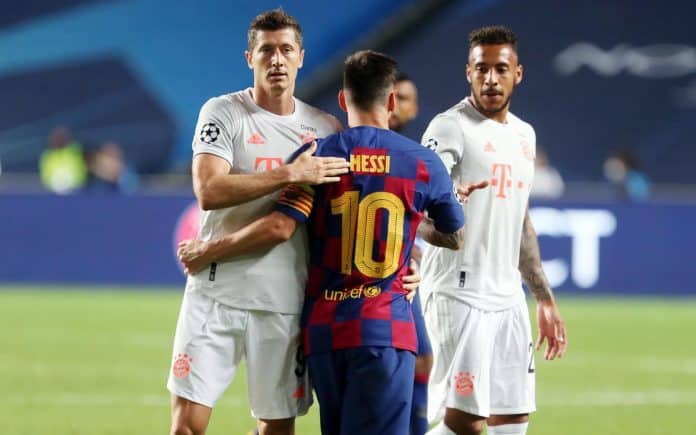 Lionel Messi and Barcelona had the worst night this year when both faced Bayern Munich in the knockout stages, experiencing a humiliating 8-2 defeat.

The humiliating loss at Lisbon broke not only the team but the fans across the world. It posed many questions about Barcelona, its administration, players, coach and obviously Lionel Messi.

Today, at the interview with La Sexta’s Jordi Evole he spoke on that horrific night:

Evole: How was the 8-2 defeat to Bayern?

Messi: It was complicated, we didn’t expect to lose in this manner and it hurt

Also he was asked about playing in his preferred winger position:

Evole: Would you be more left wing or right wing if you were to position yourself?

Messi: No, nothing… I just hope that those in power act with responsibility.

Being one of the best footballers in the football history, he is dubbed to be the best in the world, so he was asked regarding this as well:

Evole: Is there a pressure when they call you the best in the world and have to show this in every game ?

Messi: I just concentrate on each game and not think about the best in the world tag

Stay tuned we’ll be bringing in more exclusive conversations from the interview.