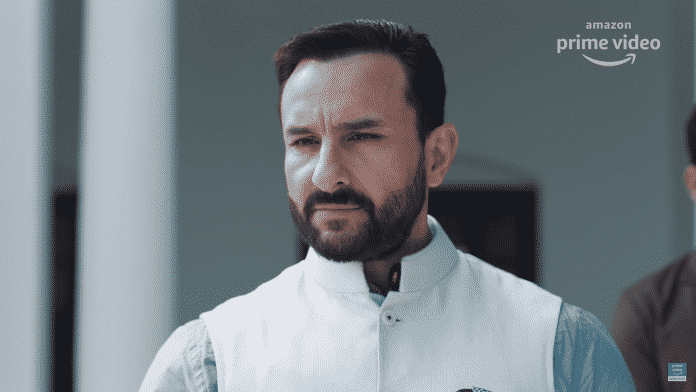 In this pandemic situation, digital media is the most powerful way for entertainment. As usual Indian web series has made a mark on this platform. Many OTT platforms like Netflix, Amazon Prime, Disney+ Hotstar, Zee5, Voot, Hoichoi, etc. have provided some great web series that worth the watch and we can’t move our eye from the screen.

Nowadays people are mostly like to watch web series rather than TV serials, as the year 2020 has come to an end so people are eagerly excited to know what the New Year 2021 will come with.

Here is a list of few upcoming Indian web series which will come in the first month of the New Year 2021 that you may be looking for:

Nail polish is a new upcoming Hindi web series that is based on a story of criminal discovery. It is courtroom-drama. In this web series, 36 children were killed and then buried badly but the court case has been continued for 5 years without any evidence. Here Arjun Rampal plays the lead role of a lawyer.

It is an emotional Telugu drama web series. This series depicts a beautiful father and daughter bonding. It will be released on ZEE5.

Byomkesh is a marvelous Indian Bengali detective thriller web series on Hoichoi. The series is based on the life of an intelligent detective. He takes the riskiest cases and crimes as a challenge. But in this season, the detective personally gets affected, but he will not stop the investigation. He will do anything to reveal the truth behind the untruth.

It is an action-thriller web series that will release on ZEE5 and Alt Balaji. A short teaser was released on social media. It is a power pack action series that can change your mood. Faisal Sheikh and Ruhi Singh are playing the lead role in this web series.

Tandav is Ali Abbas Zafar’s upcoming Hindi web series which will feature on Amazon Prime. This is a political drama where Saif Ali Khan plays the role of Youth Leader. It is a nine-part series. The teaser has already created craziness among the people.

Zidd is a motivational Hindi web series that can motivate the youth of India. This has been inspired by the true-life story of Kargil war hero, Major Deependra Singh Senger. This is a power pack action movie with army missions. This web series will show how a never give up attitude of a person can make anything possible. Amit Sadh plays the role of Special Forces Officer. Hope this will make a response in people.

This web series is a combination of crime and thrill. The series is about a murder and they are searching about whether it is planned or accidental. A mystery is created around five interns at a hospital, whether they are saviors or traitors.

Date of Release: To be announced in January 2021

After the successful response of The Test Case season 1 that is featured by Nimrat Kaur as captain, the second season is set to be released and featured by Harleen Sethi. IT is a ZEE 5 original thriller series that consists of 10 episodes. It tells the story of woman empowerment. This series is based on a female officer who is searching for a mysterious man to find redemption.

These are the confirmed web series up till now and we will update the list once more get announced, do keep an eye here for updates.