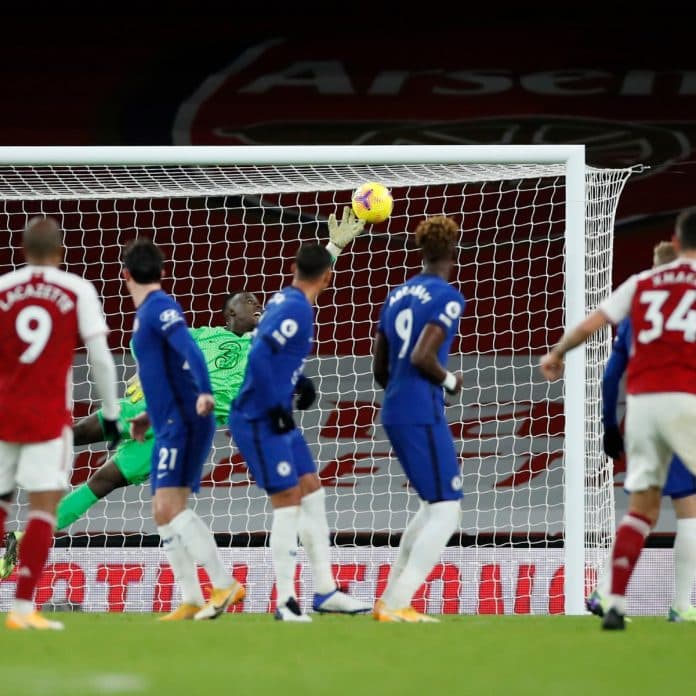 Arsenal managed to end their seven-match winless run against Chelsea in a 3-1 victory at the Emirates. Had the Gunners faced another defeat or a draw, they would have matched their longest winless run in history which would have possibly called for the sacking of Mikel Arteta.

On the other hand, this marks the third consecutive away defeat for Chelsea in just as many games played on the road. The Blues lost first to Everton in a 1-0 defeat, followed by a 2-1 loss against Wolves which was decided in stoppage time.

Here are the talking points from yesterday’s London Derby:

Chelsea are NOT title contenders

Frank Lampard’s young Chelsea team were lauded as genuine title contenders, owing to their top form that saw the club at the top of the table at one point. However, the gaffer disagreed with the comments pointed at his squad, and it is clear as to why.

While Chelsea have managed to snatch all three points from teams in the bottom half, a victory, as well as a goal against a top-half team, is something that remains unfulfilled to this point.

The Blues will have to find a way to show up in the big games if they realistically want to be in the race for the title.

Arsenal can work without Aubameyang

The Gabon international did not make an appearance in the match last night, and he didn’t even need to. Arsenal were already 2-0 up at the half time and were allowed to come out firing on all fronts since the opening whistle by Chelsea.

The returning Gabriel Martinelli, Bukayo Saka, Granit Xhaka and full-backs Kieran Tierney and Hector Bellerin were outstanding for the Gunners as they beat their London rivals for only the third time ever in the Premier League.

The biggest talking point from the game is that Arsenal can rely on their talented squad of youngsters to show up and deliver when the times get hard and results are necessary.

Consistency is the name of the game

When you look at the form of the two teams, Chelsea were clear favourites heading into the match, while Arsenal were the underdogs on the brink of the relegation zone.

However, it was Mikel Arteta’s team that got the better of the favourites to further cast doubts about their hopes for a possible title challenge and even a place in the top four.

Should Chelsea want it to push for a spot in the top four again, they will have to come up with the way to deliver against bigger opposition while Arsenal must treat every match as a must-win game if they are to reach Europe once again.