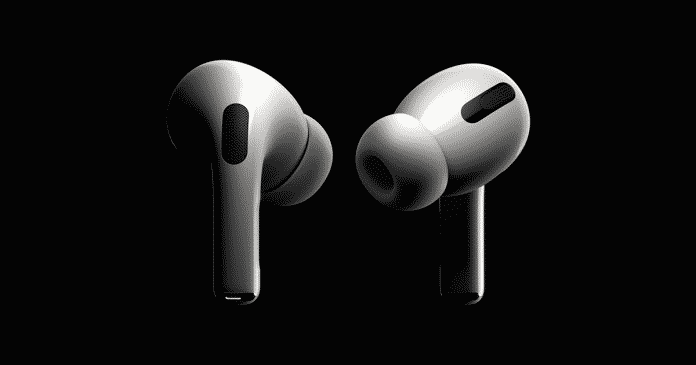 Technological innovations took us from a normal button or a keypad to an elegant touch-sensitive area. We are still on a road of transformation, but it seems that the US tech giant, Apple, will take another huge step towards innovation. Their new patent shows some new and cool features, but becoming a reality very soon sounds tough.

The patent talks about how you can control media functions for wireless earphones. We might see it in upcoming AirPods TWS earbuds, but there is no surety to it.

It is called “Detecting Through-Body Inputs At A Wearable Audio Device.” According to this patent, body movements or face movements will be enough to communicate to the Air pods what the user wants. Thus, building a device with no physical buttons or digital crowns. How amazing is that?

The wearable audio device will change its operation depending on the kind of input or inputs. By just clicking your teeth or tongue, you would be able to switch music, play or pause it. On paper, this looks like a disrupting idea for the industry. An idea that was thought of as something that can never occur, but if Apple is after it, you would be foolish not to believe that it cannot happen.

Still, there are a lot of complexities involved. For example, imagine you were just clicking your teeth during a conversation with another person. Will that be interpreted as a signal by the Air Pods? It would be really irritating and a failure of a design if this happens. Thus, it is great to see Apple’s move towards futuristic ideas but we have to be patient and see how this process goes through.