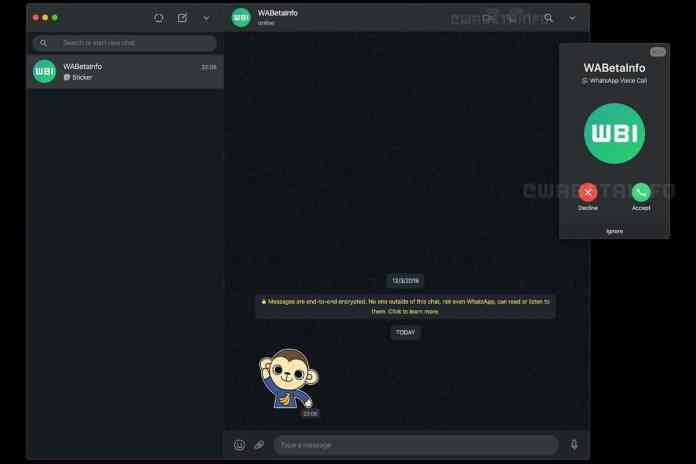 Facebook-owned WhatsApp is the world’s most famous social media chatting platform. As such the users of the service are in billions. The app although it has several features there is one particular feature that stands out. And that feature is the online video and audio calling feature of the App.

Though online video and audio calling is available for the app’s smartphone version, it’s still a far-fetched dream for its web client. Well, not anymore. Recently, the social media giant has launched a beta feature for calling on its web platform. As for the availability it is currently only available to select beta testers.

According to reports, Facebook-owned WhatsApp will indeed start rolling out the stable version soon. The incoming calls will appear in a separate window with an option to pick and decline the call. Post calls, the UI features a few basic controls for ongoing calls as well.  We can expect this to roll out to everyone soon.

Apart from the calling feature the company has also launched ‘Carts’. As we all know, WhatsApp pay is widely successful and is estimated to become a top digital payment contender. Its only natural that the developer releases some features supporting the online payment and e-commerce companies.

The availability of online calling for WhatsApp’s web client will be helpful for business communicating with their clients more easily. As the commercial usage of the app is increasing its only natural for the company to increase the development of its platform.