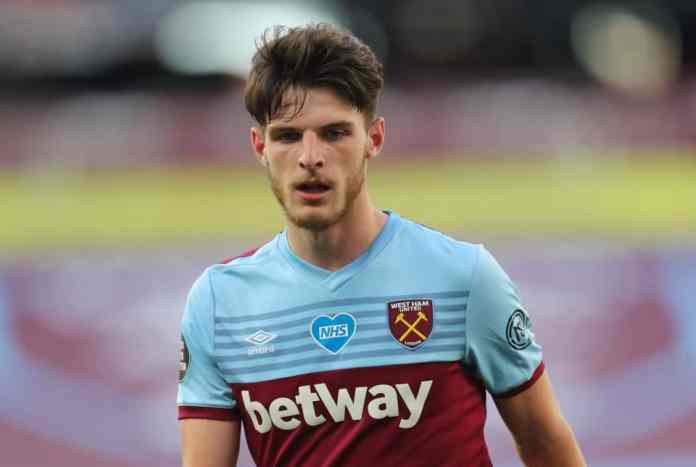 Speaking on the topic in Episode 18 of the “Here We Go” podcast on Patreon, Fabrizio Romano and Francesco Porzio spoke about the future of Declan Rice and addressed the player changing his agent to his father, who happens to be a season ticket holder at Stamford Bridge, as well as a huge Chelsea fan.

Rice himself was once a Chelsea academy player, but was eventually let go of to play for West Ham United. To this day, he remains best friends with current Chelsea star Mason Mount. Furthermore, Frank Lampard has also publicly appreciated Rice’s journey to establish himself at West Ham and has flirted with the idea of possibly bringing him back to the Bridge.

West Ham had been holding out for a transfer fee worth £80 million for their star player, and that valuation was not met by Chelsea this summer due to other players taking priority over Rice.

All that said, the Blues will make an attempt for Rice in January as well. The problem is not with the player but is with West Ham and the agreement of a favourable transfer fee for the midfielder.

Declan Rice himself is keen on the move, and so is Chelsea. If there is no successful bid for the midfielder in the winter transfer window then it is almost certain that Chelsea will return for him in the summer. The player looks destined to one day wear a Chelsea shirt alongside his best pal, Mason Mount.