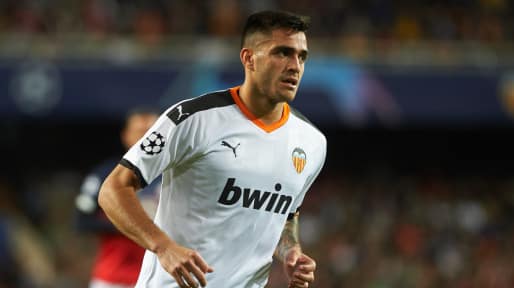 The summer of 2020 was an extremely difficult one for Valencia. The club had to part ways with numerous first-team players, including club captain Dani Parejo, Ferran Torres, Ezequiel Garay, Geoffrey Kondogbia and Rodrigo in an attempt to balance the books.

President Anil Murthy has predicted further woes for the club, and striker Maxi Gomez could be sold to ease up the financial condition at the Mestalla. Premier League club Arsenal are reportedly the frontrunners in pursuit of the Valencia forward.

The 24-year-old has time on his side and has featured 12 times for Valencia this season. Of all the time that he has spent on the pitch, Gomez has managed to score 4 goals for the club.

The Uruguayan was picked up by Celta Vigo from Uruguay before getting picked up by Valencia in 2019. It has only been a year since the forward joined Valencia, and a transfer already seems on the cards to ensure that the club continues to function properly.

While a striker could not be the solution that the fans think would be right, a new face at the Emirates could go a long way in reviving some of the old forms of the Red and White club. This season has been their worst start in 60 years, and if things don’t change for the better, we could be looking at a bottom half finish for the London club.

The best of Euro XI vs Copa America XI