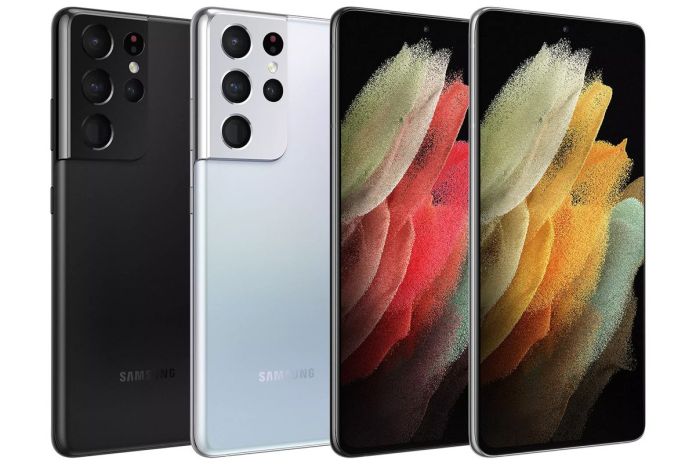 The S21 Ultra measures a 6.8-inch flat display, slightly smaller than the S20 Ultra. It is a Dynamic AMOLED 2X display (1440p+ resolution) with an aspect ratio of 20:9 and 515 ppi pixel density. This display features an adaptive refresh rate of 120Hz and peak brightness up to 1,600 nits, which will be protected by Gorilla Glass Victus.

The S21 Ultra is likely to run One UI 3.1, based on the Android 11 OS, and it will be powered by an octa-core Qualcomm Snapdragon 888 chipset or the 7nm based Exynos 2100 chipset (not confirmed yet). The SoC of this phone will be paired with 12GB of RAM and 128GB/256GB/512GB internal storage (non-expandable).

Now, coming to the camera section, the Galaxy S21 Ultra is equipped with a rectangular quad rear camera setup, that includes an upgraded 108MP primary sensor with OIS, a 12MP ultra-wide sensor (120° field of view) with 1.4 µm pixels, a 10MP folded periscope lens with 10X optical zoom (10° FoV, equivalent to 240 mm, f/4.9 aperture), and a traditional 10MP telephoto lens with 3X optical zoom (35°, f/2.4). A hybrid zooming facility is there as well. For selfies, this phone features a 40MP selfie snapper at the front. The rear camera setup is capable of recording videos at 8K 30 fps with 4K 60 fps and 1080p at 240 fps.

Earlier, Samsung has confirmed well that the upcoming S21 Ultra will get the support of an S-pen stylus. This phone is expected to be fueled by a decent 5,000mAH battery with 45W of faster charging. The company has not confirmed the launch date or the pricing of this series (probably the 14th of January). But we can expect that the S21 series will get unveiled in mid-January at a price tag of €1,400 (expected).