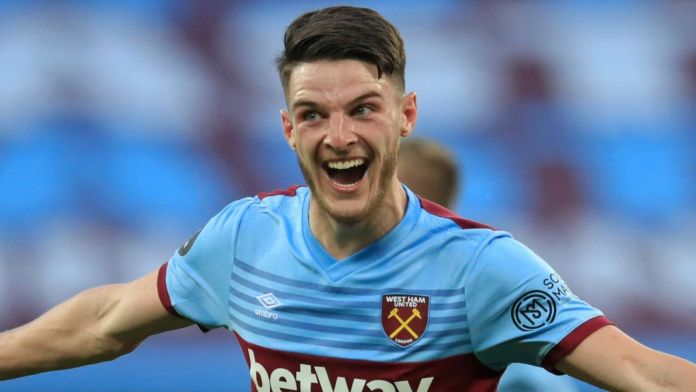 On top of all the business that Chelsea conducted during the summer transfer window, one name managed to be heavily linked throughout the year and still avoid a move to the Bridge.

According to Fabrizio Romano on the “Here We Go” podcast, Declan Rice wants to join Chelsea but there is currently no agreement between clubs. He is still respectful to West Ham and wears the armband regularly for the Hammers.

The upcoming January transfer window could see him stay where is at. Rice is quite fond of Frank Lampard as the manager, and Lampard also likes the young midfielder.

They both clearly have a lot of respect for each other, but at the moment there are still a lot of negotiations to do. Moreover, Rice is best friends with Chelsea star Mason Mount and really wants to one day return to Chelsea.

West Ham were asking for a transfer fee worth €70-80 million for Rice, and Chelsea refused to match that evaluation made by their London rivals.

Left-back Emerson is to leave the club, preferably during the January transfer window. Inter could try to sign Emerson if they sell Perisic.

Furthermore, Juventus need a left-back to help out Alex Sandro and hence require the left-back. Making it to the Italy Euro 2021 squad is the target for Emerson. However, national team coach Roberto Mancini has made it clear that Emerson needs to play more to be selected into the team.

A permanent move away would not only earn Chelsea some money but also make Emerson gain game time.