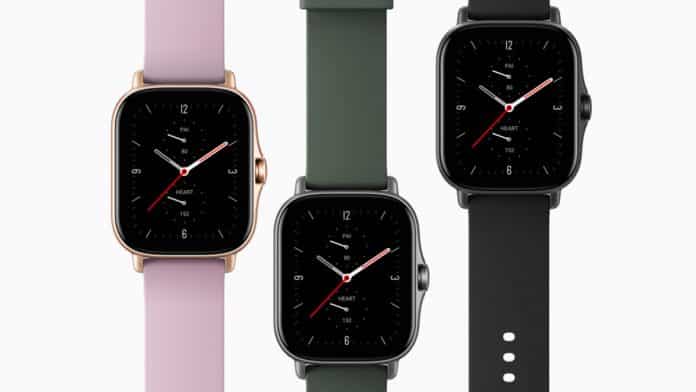 We earlier saw the launch of Amazfit GTS 2 Mini by Huami. But reportedly, the manufacturer has launched two more of its products in its Chinese market. According to sources, the two new devices are called the Amazfit GTS 2e and GTR 2e and are exclusive to a Chinese audience.

The critical difference between both the products is that the Amazfit GTS 2e has a 246mAh battery that delivers 14 days of juice. Meanwhile, the GTR 2e has a 471mAh battery and should easily last up to 24 days of everyday usage. Either way, this looks like a significant endurance upgrade over the GTS 2 and GTR 2.

But unfortunately, there are some things which the new watches are lacking. According to sources, both devices have ditched the Wi-Fi feature. It means that you have to tether your phone more often. They also lack the independent music player to listen to tunes without your phone.

Regarding their prices, the new smartwatches are available in China for 799 yuan (~$122), and if the manufacturer decides to launch their products in a global market. Then it will come in under the GTS 2 and GTR 2’s $180 price tag.