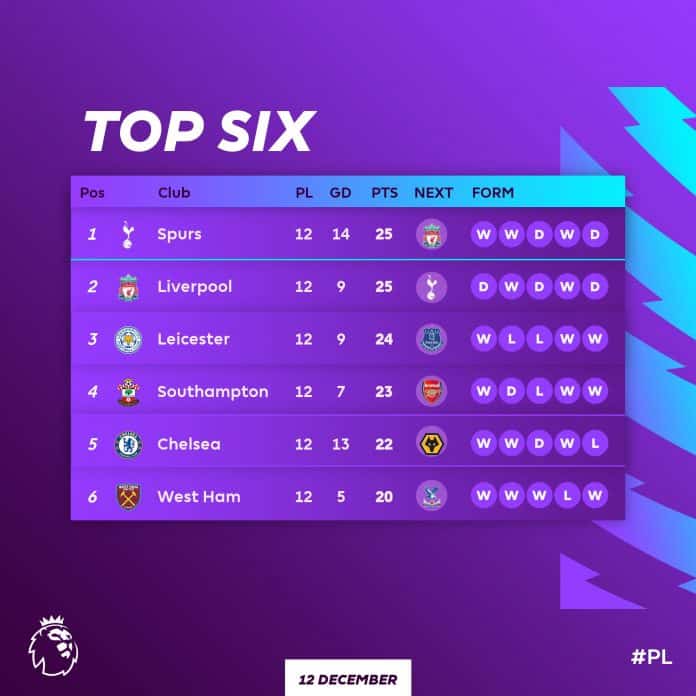 A rather unconventionally dull matchday 12 managed to flash by our TV screens as derbies and shock results managed to keep the thrill barely alive. Here is a look at all of the weekend’s action:

Scott Parker’s new look cottagers managed to salvage a point against the reigning Premier League champions. However, the hosts looked like they were set to seal all three in another upset victory for the Reds away from home up until the hour mark.

Liverpool were rather sleepy and didn’t manage to deal with Fulham’s lively and prolific attacking, especially on the counter and on breaks from set-pieces.

The hosts fared much better defensively against Liverpool than they did against their neighbours. The only goal for Jurgen Klopp’s men came in a rather poorly placed penalty by Mo Salah.

Player of the Weekend

It is rare that a goalkeeper makes this much of an impact, but the Palace goalkeeper was the best player in the Premier League this weekend as his brilliant performance between the sticks managed to get Palace a point against Spurs, who have been on fire as of late.

Despite making a mistake as Harry Kane opened the scoring for Spurs, Guaita managed to make five very good saves to deny Jose Mourinho’s men a victory against their fellow London club.