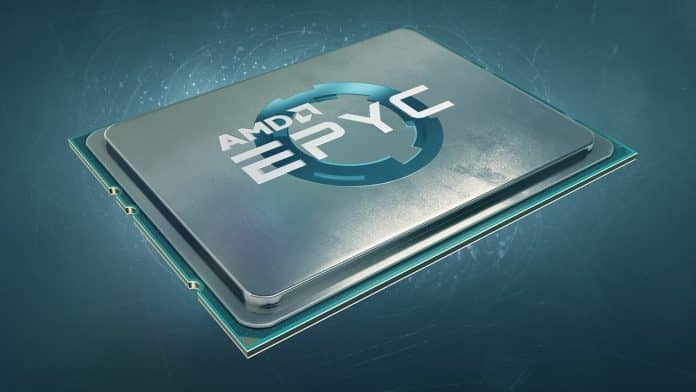 Recently, the latest news regarding AMD’s EPYC Milan 7713 has appeared online. Courtesy of the tipster, @ExecuFix, the benchmark results of the CPU seems to reveal a dual-socket configuration of the AMD EPYC Milan 7713 server CPU in CineBench R23. The dual 64-core setup delivered an astounding performance and scored 87,878 in the test. To put this into ranking order, a high-end consumer Ryzen 9 3900X, only score approximately 6500-7000 points. So the results of the EPYC CPU are amazing, at the least.

Intel has its competitor in the market, namely the Intel Xeon Platinum 9282. But according to sources, the EPYC 7713 seems to deliver better performance than the Intel Xeon Platinum 9282. And the processor even features a far lower TDP than that 400W part. AMD’s Zen-3 architecture has given its chips a significant IPC gain, as well as greater transistor density and higher clocks thanks to the use of TSMC’s 7nm lithographic process.

There is still no news about the release date of the EPYC 7713. But considering how well the performance score of AMD’s upcoming is, it’ll be interesting to see how Intel responds, and in particular, how upcoming Ice Lake Xeon parts will stack up against EPYC Milan.