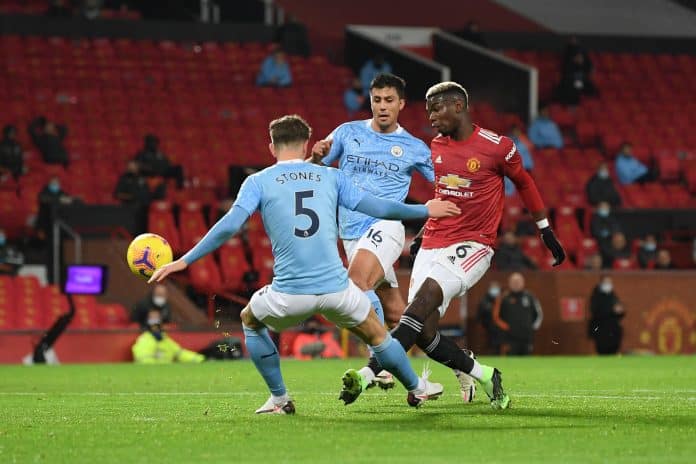 Former Manchester United player Roy Keane has voiced his unsatisfaction for the lack of tenacity as the teams see out a boring draw.

A Manchester derby is often seen as a heated match with the teams having extra intent to prove them as the best team in Manchester. But this time, quite surprisingly, after the final whistles players from both teams were seen hugging each other including the likes of John Stones and Harry Maguire.

Roy Keane has blasted both the teams for such a low intensity game and not showing a desire to make the extra effort for the win.

The United legend told Sky Sports: ‘Today’s game was really poor. Looking at the teams and their quality, they have to show the desire to win a game of football. We got two bookings in a derby game. I’ve never seen so many hugs and chats after the game.’

‘I’m scratching my head. I’m really frustrated because I’m thinking, “you’ve got to try to find a way of winning a game of football.”. City, as we expected, had loads of possession but were very predictable, passing sideways and backwards,’

‘You don’t settle for draws. You’ve got to go and win football matches. Liverpool and Spurs are all doing really well and you have to try to hunt these teams down.’

‘At the end of the game, the staff are smiling and hugging, the players are chatting to each other. Just get down the tunnel. I don’t get it. Everyone wants to be pals with each other and be popular.’

‘You’re playing for these clubs, particularly Man United, to win football matches – not to be mates with everybody.’