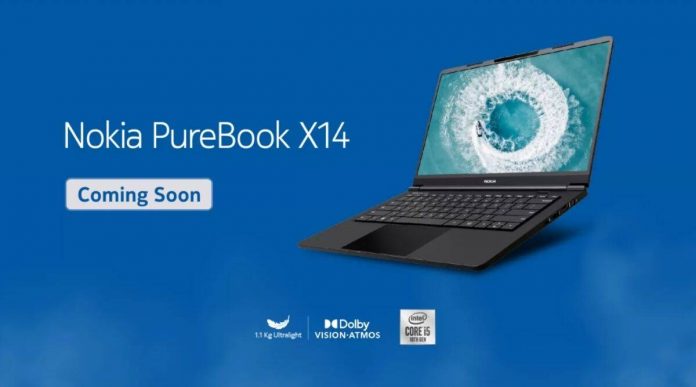 HMD Global’s company seems to be having a broader vision apart from being a smartphone company primarily as it expands its reach in India with TVs and home appliances, now they have entered into the laptop market.

The company already teased a poster of its upcoming laptop on Flipkart, which raised a lot of speculation. Two things were ascertained – Intel processors and display with Dolby Vision, the recent poster on Flipkart confirms it.

In the poster, we see the laptop’s black color variant, marked to be weighing as light as 1.1kgs. Also, we see a full-size, chiclet-style keyboard along with a large touchpad with multi-touch support. The laptop is confirmed to be powered by a 10th Gen Intel Core i5 processor; however, whether it will be Comet Lake or Ice Lake remains a point to be seen.

Nokia has a good partnership in bringing Dolby technologies to its products, so the laptop will feature both Dolby Atmos and Dolby Vision. The laptop seems to feature USB 3.0, 3.5mm headphone, and HDMI ports from the poster.