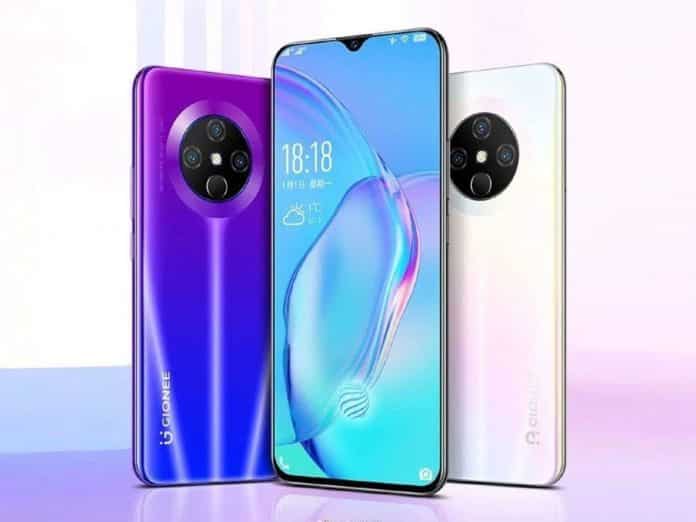 The Chinese brand Gionee has been repeatedly launching mid-range devices in China and India. The company has launched Gionee K3 Pro in August 2020. Today Gionee has launched another K series smartphone- Gionee K30 Pro. This phone has a RAM capacity of up to 8GB and 128GB of inbuilt storage configuration. The phone comes with an affordable price tag. Let’s check out the specification of the Gionee K30 Pro.

According to the TENAA datasheet, the Gionee K30 Pro carries a model number of GSE1020. Regarding the display feature, the phone comes with a 6.53-inches LCD waterdrop notch display. The display also features HD+ (720×1520)pixels of screen resolutions. In terms of dimension, the phone measures (164.3×77.7×9.7)mm and weighs 204.2 grams. The back panel of this phone is made of glass.

There is no information regarding the processor that has exactly been used, but according to the source, an unknown MediaTek Chipset with a clock speed of 2.0 GHz is present in Gionee K30 Pro. The phone runs on the absolute Android 7.1.1 OS. The phone offers two storage configurations- 6GB+128GB and 8GB+128GB. Under the hood, the Gionee K30 Pro is backed by a 4,000 mAh battery, but the charging speed is unknown yet.

Come to the camera part. The newly launched Gionee K30 Pro a triple rear camera setup that includes- 16 Megapixels of the primary shooter with real-time AI beauty, a macro sensor, and a 120-degree wide-angle lens. The rear camera lenses are aligned in a circular module along with an LED flash at the center and a fingerprint sensor. On the front side, the phone has an 8Megapixels of selfie camera sensor.

The GIONEE STYLFIT GSW5 Pro is now on the market