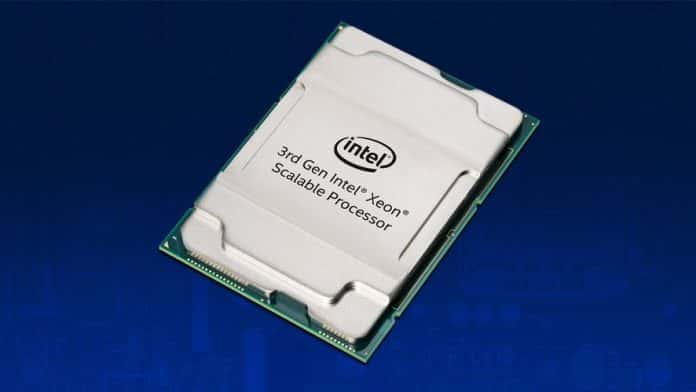 Recently quite a few processors have been making a surprising appearance on benchmark websites. Earlier, we saw Rocket Lake-S making its appearance on benchmark boards, and now Intel’s 3rd Gen Xeon processor, which is part of the Ice Lake-SP family of 10nm server chips, has been spotted on Geekbench. According to sources, the leaked Intel Xeon CPU is part of the upcoming Ice Lake-SP line of processors. And it is scheduled to be launched next year.

The latest chip which was featured on 36 cores, which are higher than what Intel has already teased. The teased Ice Lake-SP Xeon CPU does not have any model number but comes with Intel’s 10nm Willow cove core architecture. As mentioned earlier, the chip features 36 cores and 72 threads. The card comes with a base clock of 3.60 GHz, but the maximum boost clock has not been reported.

The platform also featured 500 GB of DDR4 system memory (ECC). On the Geekbench results, the chip managed a single-core score of 946 points, and in the multi-core test, it managed to get 35812 points. But it is worth noting that the results are not final as we don’t know whether the processor was Turboboosted or not and it was still an engineering sample.

The major upgrades that Intel’s 10nm+ for Ice Lake-SP Xeon CPU include: