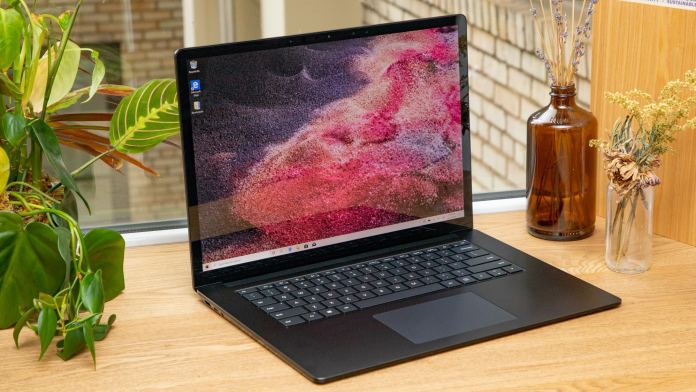 In a fresh source of information, Microsoft’s new device has been spotted on the Geekbench. The unnamed Surface Laptop was spotted with an 8-core, 16-thread AMD CPU. It was running at a base clock speed of 2.00GHz. As of now, there’s no Ryzen 4000 series present on AMD’s website that’s running at the aforementioned clock speed. The only card capable of achieving such results is the Ryzen 9 4800U, which sports 8 cores, 16 threads but has an operating base frequency of 1.80GHz.

Microsoft’s Surface Laptop 3 was indeed a powerful machine, but it was held back thanks to a 4-core, 8-thread AMD Ryzen 7 3780U CPU. But the new appearance of the Redmond based giants unnamed surface model with such high clock speeds; indicates that Microsoft and AMD might have worked together to provide a slight performance boost on this ‘custom’ Ryzen 7 3780U processor.

But the leak in Geekbench 5 indicates that the specs of the device list the DDR4 RAM instead of the LPDDR4X. This can mean Microsoft will stick to upgradable memory sticks on the upcoming Surface Laptop 4 instead of soldering it. It will allow users to upgrade their RAM in the future.

you can check the leak in the below image:

Hopefully, the unnamed surface device will not end up like the Surface Laptop 3 and will offer some great specs for its users. As of now, there is no update on the launch or even the official name of the device. But consider the increasing demand for high-performing devices, Microsoft better not slack off with the specs for its upcoming surface model.